TEHRAN, June 09 - Iran said on Friday a U.S. request for Saudi Arabia to pump more oil so that it could cover a drop in Iranian exports was “crazy and astonishing” and said OPEC would not heed the appeal, setting the stage for a tough OPEC meeting this month. 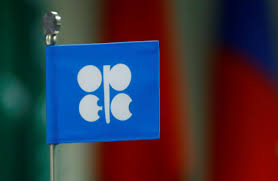 TEHRAN, Young Journalists Club (YJC) - In 2015, Tehran refused to sign up to OPEC policies, saying it needed to hike output due to the easing of sanctions after a nuclear accord with world powers.

U.S. President Donald Trump pulled out of that nuclear deal last month and announced the “highest level” of sanctions against Iran, the biggest producer in the Organization of the Petroleum Exporting Countries after Saudi Arabia and Iraq.

“It’s crazy and astonishing to see instruction coming from Washington to Saudi to act and replace a shortfall of Iran’s export due to their Illegal sanction on Iran and Venezuela,” Iran’s OPEC governor Hossein Kazempour Ardebili told Reuters.

U.S. President Donald Trump said in April oil prices were artificially high because of OPEC.
The U.S. government had also unofficially asked Saudi Arabia and some other OPEC producers to raise output a day before Washington slapped new sanctions on Tehran.

Iran has called on OPEC to discuss what it called “illegal” sanctions at the next meeting on June 22, which is due to debate production policies.

OPEC and its allies led by Russia have cut a combined 1.8 million barrels per day of output since January 2017 and the cuts are due to expire at the end of 2018.

Iran’s Kazempour predicted OPEC would not heed the U.S. request and said oil prices would jump in response to Washington’s sanctions on Iran and Venezuela, as they did during a previous round of U.S. sanctions against Iran, Reuters reported.

“No one in OPEC will act against two of its founder members,” he said. “The U.S. tried it last time against Iran, but oil prices got to $140 a barrel.”OPEC, founded in 1960, has a history of collaboration over oil policy despite differences of opinion and even wars between some members over the years. Kazempour said the group would unite in opposition to the U.S. request.

“OPEC will not accept such a humiliation. How arrogant and ignorant one could be (to) underestimate the history of 60 years’ cooperation among competitors,” he said.”We have to live together - we cannot change geography but we must build better history,” he said.