‘Iran to resume enrichment at Fordow in case of JCPOA collapse’

TEHRAN, June 13 - Iran will restart the process of enriching uranium at its Fordow nuclear site if the Joint Comprehensive Plan of Action (JCPOA) is fallen apart, spokesperson for the Atomic Energy Organization of Iran (AEOI) announced. 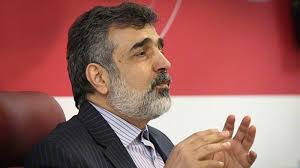 As regards the planned activities at Iran’s Natanz nuclear facility after any collapse of the JCPOA, the spokesman said the facility would begin manufacturing new advanced centrifuge machines with the maximum capacity.

Located in Iran’s central province of Qom, Fordow is buried deep underground to protect it against any military attacks.

In late 2011, the plant at Fordow began producing uranium enriched to 20 percent fissile purity. But after achievement of a deal with the Group 5+1 (Russia, China, the US, Britain, France and Germany) in 2014, Iran has been producing lower-level uranium with an enrichment level of up to 5 percent in Fordow and Natanz.

Last week, AEOI Chief Ali Akbar Salehi said Tehran has already developed the necessary infrastructure at the Natanz nuclear facility for enrichment of uranium up to a level of one million SWU (Separative Work Unit).

It came after Leader of the Islamic Revolution Ayatollah Seyed Ali Khamenei ordered the AEOI to make preparations for the enrichment of uranium up to a level of 190,000 SWU without any delay in the framework provided by the JCPOA.

On May 8, the US president pulled his country out of the JCPOA, which was achieved in Vienna in 2015 after years of negotiations.

Meanwhile, Ayatollah Khamenei has underlined that any decision to keep the JCPOA running without the US should be conditional on “practical guarantees” from the Europeans.