TEHRAN, June 14 - Iranian Foreign Minister Mohammad Javad Zarif concluded his trip to South Africa with the announcement of an agreement on a joint mechanism to strengthen the bilateral ties in practice. 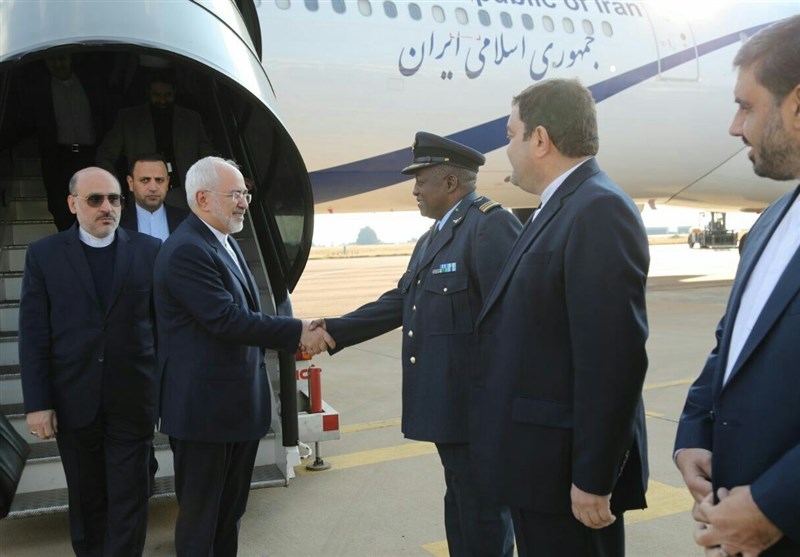 TEHRAN, Young Journalists Club (YJC) - Heading a political and economic delegation, the top Iranian diplomat concluded his official visit to South Africa on Wednesday after meetings with its top officials.

Zarif met with President of South Africa Cyril Ramaphosa for talks on the bilateral relations and major regional and international issues.

During his stay in the African country, the Iranian diplomat also held a separate meeting with five ministers of the South African government, namely those of international relations and cooperation, defense and military veterans, economic development, transport, and trade and industry.

Apart from the ordinary economic and political topics, Zarif also discussed the future of the 2015 nuclear deal, known as the Joint Comprehensive Plan of Action (JCPOA), with the South African authorities.

In a tweet at the end of his trip, Foreign Minister Zarif wrote, “Delighted to be back in South Africa, long-time friend and partner of Iran and solid JCPOA supporter.”

He also hailed what he called “excellent talks” with the South African officials on forging closer cooperation, saying the two sides have “agreed on a joint mechanism to turn political will into action.”

Expansion of relations with African nations in all political, economic and cultural fields is top on the agenda of Iran's foreign policy.