TEHRAN, June 20 - Telstra Corp., Australia's largest telecommunications company, announced on Wednesday that it will ax 8,000 jobs — one in four employees — over three years in a bid to save 1 billion Australian dollars ($740 million). 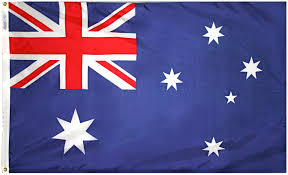 TEHRAN, Young Journalists Club (YJC) - Telstra shares fell more than 7 percent in early trading on the Australian stock market after the announcement to AU$2.70, its lowest price since 2011.

"We have to do this because I think as an industry, we're at a tipping point," Telstra chief executive Andy Penn told reporters.

"The current nature of telecommunications products and services is unsustainable and it has to change, and we at Telstra are going to lead that change," he added.

Telstra warned in May that its earnings for the current fiscal year that ends on June 30 will likely be at the bottom of its guidance range of AU$10.1 billion to AU$10.6 billion.

The former government-owned Australian monopoly telephone company blamed the weakened result on increasing competition in mobile and fixed broadband plus rising costs from the National Broadband Network, a national wholesale data network project being rolled out and operated by NBN Co. Ltd., which is replacing Telstra's copper phone lines.

Telstra expects earnings to fall next year to between AU$8.7 billion and AU$9.4 billion, excluding restructuring costs of AU$600 million.

Telstra aims to save AU$1 billion through its restructure by the 2022 fiscal year, taking total cost reductions to AU$2.5 billion.

Penn said the telecommunications sector has never been under more pressure with the development of the National Broadband Network, increased competition and huge pressure to invest in new technologies.

Under the restructure strategy, Telstra aims to simplify and change the nature of the range of telecommunication products and services for customers.

Penn said the current range of 1,800 plans on offer to business and personal customers would be slashed to 20 to help remove frustration many felt about issues including excess data costs. Telstra currently employs 32,300 staff.

The Communications Workers Union, which represents Telstra staff, says the cuts will impact the company's ability to service customers, particularly those who live outside major cities.