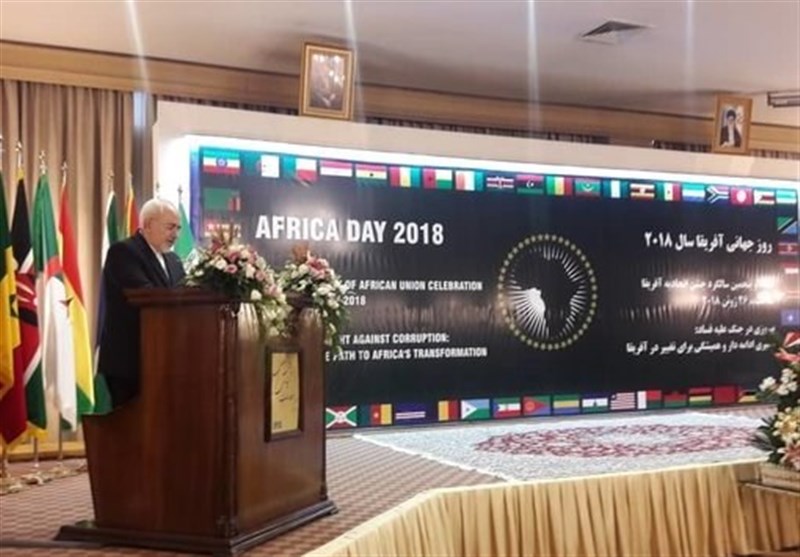 TEHRAN, Young Journalists Club (YJC) - The African Union’s reaction to the international and regional developments, such as supporting the Joint Comprehensive Plan of Action (JCPOA), condemnation of use of chemical weapons, deploring the US exit from the JCPOA as a violation of the international law, as well as its vigilance and logical response to disrespect for the African people demonstrate Africa’s rich political understanding, Zarif said in an address to a Tuesday meeting in Iran’s Foreign Ministry, held to celebrate Africa Day 2018.

Pointing to the international acclaim that Africa has won for its progress in recent years, Zarif said the African states have held several peaceful elections, resolved several regional conflicts through local mediators, and have made big strides in the path to development.

Expansion of relations with African nations in the political, economic and cultural fields has been top on the agenda of Iran’s foreign policy in recent years.

All but one of the African countries are members of the Non-Aligned Movement (NAM), the world’s second largest organization after the United Nations in which Iran has an active role.