TEHRAN, July 18 - Iran’s Foreign Ministry praised the sense of responsibility of a number of Muslim political figures for proposing an initiative for a 3-month hiatus in the war on Yemen, pledging Tehran’s support for implementation of that peace scheme. 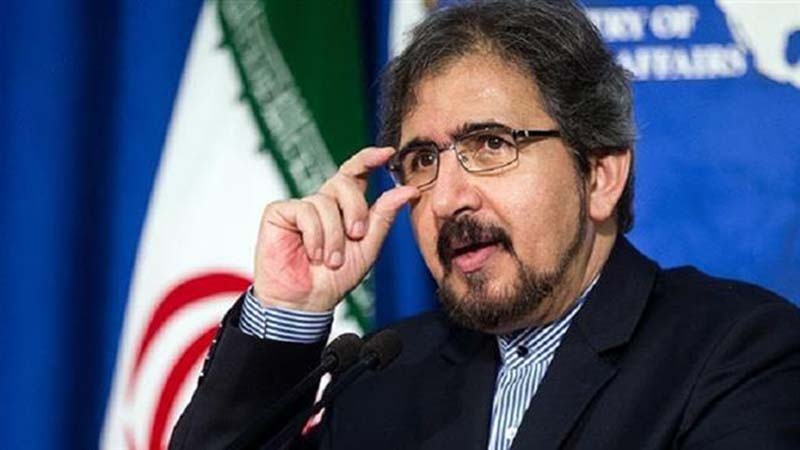 TEHRAN, Young Journalists Club (YJC) - In a statement on Tuesday, Foreign Ministry Spokesman Bahram Qassemi welcomed a statement from a group of respectable figures from different Muslim countries that urges a hiatus in Yemen fighting, saying Iran would always support any plan or proposal that could help end the war through dialogue and political means.

Iran, from the beginning of the devastating war against Yemen, has called for an immediate end to the conflict and proposed a four-point solution to the crisis, he said.

Hailing the political figures for their “sense of responsibility”, Qassemi expressed Tehran’s readiness for any assistance in carrying out the initiative.

He also called on the international community, especially Muslim governments, to increase their efforts to stop the devastating war on Yemen.

The spokesperson then touched on the four-point peace plan put forward by Iranian Foreign Minister Mohammad Javad Zarif, saying, “As stated in the proposal, an immediate ceasefire, dispatch of humanitarian assistance, initiation of political dialogue among all Yemeni parties and formation of an inclusive national government are key components of achieving lasting peace in Yemen.”

Yemen has announced that the Saudi-led war has left 600,000 civilians dead and injured during the past three years.

The United Nations says 22.2 million people are in need of food aid, including 8.4 million threatened by severe starvation.