Iran’s Zarif: Europe must invest to save JCPOA

TEHRAN, July 20 - European partners to the Iran nuclear deal must take practical measures and confront the US psychological atmosphere if they are really interested in preserving the agreement, Iranian Foreign Minister Mohammad Javad Zarif underscored. 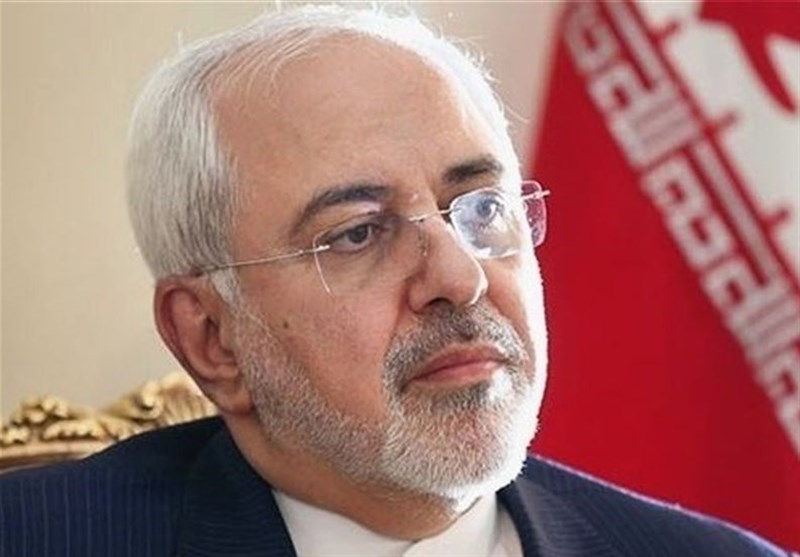 TEHRAN, Young Journalists Club (YJC) - In an interview with euronews' Global Conversation, Zarif reiterated that the European parties to the Joint Comprehensive Plan of Action (JCPOA) need to prove that they are resolute in their desire to save the deal after the US withdrawal from it.

“Iran should not be the only side in this deal that has been investing,” the top diplomat noted, calling for practical action to stop the European companies from leaving Iran under the US pressure.

On May 8, the US president pulled his country out of the JCPOA, which was achieved in 2015 after years of negotiations among Iran and the Group 5+1 (Russia, China, the US, Britain, France and Germany).

What follows is the full transcript of the Global Conversation’s Saeid Jafari’s interview with Zarif:

Jafari: Good morning Mr. Zarif. Thank you very much for giving us this opportunity to be with you on Euronews!

Foreign Minister Zarif: Good to be with you!

Jafari: After the United States' withdrawal from JCPOA, it seems that you are not happy with the process of the negotiations with EU?

Foreign Minister Zarif: We received a package that was not satisfactory. Now we are working with the Europeans. Work is underway as we speak so that we test the possibility. We have given Europe some time. We have seen a political commitment on the part of Europe. We have seen some technical measures put on the ground. But these are not enough. There are two very specific timeframes. One is the timeframe of the first batch of US sanctions that will be in place in August and the other timeframe is the second batch of US sanctions, which will be in place in November. And we will see how Europe is dealing with this and we will respond accordingly and we have a very specific plan.

Jafari: What kind of guarantee do you need?

Foreign Minister Zarif: We see that under pressure from the US, under the psychological atmosphere that the US has tried to create, some European companies have already started to withdraw. And that has to be confronted by the Europeans if they are interested indeed in preserving the deal. If that is the belief, if that is the appreciation of our partners in Europe, then they have to be prepared to invest for it. Iran should not be the only side in this deal that has been investing. We need to see banks opening accounts, we need to see SMEs (small and medium-sized enterprises) coming to Iran, engaging with their partners in the private sector and so on and so forth.

Jafari: How can the European Union and European countries resolve this problem?
Foreign Minister Zarif: If they believe they can, in fact, continue to live with a global system, a new global system, in which one country will make the final decision and everybody else will have to follow, and sometimes you feel is not even one country, it's an individual or group of individuals who are making decisions on their own personal interests or for their own personal interests and then expect everybody else to follow.

Now you see particularly after meeting between President Trump and President Putin, that there are voices of concern in the US, that President Trump is not necessarily pursuing American national interests. Even, if he were perusing American national interests, are the people of Europe prepared to accept US national interest dominating the decision-making process in the global economy? Are they prepared to accept this? Or are they prepared to stand against this? This is a question that European companies need to ask themselves, that the European governments need to ask themselves. And then there are various possibilities for cooperation. Europe is not only companies that have American shareholders. There are many European companies, many of them have no exposure in the US, many of them have no dealings with the US.

Jafari: President Putin and President Trump had a meeting in Finland. As we follow the news, they had some kind of agreement about what is happening in Syria. Are you concerned about it or not?

Foreign Minister Zarif: Iran and Russia have helped the Syrian people and will continue to help the Syrian people as long as is necessary. But at the end of the day, it is the Syrians who make the decision. We have good communication and coordination with Russia and with the Syrian government and we will continue to do so. Our objective here is very clear, that is our objective, the objective of the Russian Federation and that is to fight against terrorism and extremism. Now if President Trump wants to take credit for it, he should take credit for supporting Daesh which has been what the US and its allies have been doing all along. The facts that US arms, US weapons have been found in the hands of ISIS and other extremist organizations is documented by western sources.

Jafari: We saw some news especially from Russia's Energy Minister. He said we are ready to give goods to Iran instead of buying oil.

Foreign Minister Zarif: These are part of a bigger package of Iran-Russia cooperation, which includes a lot of activities, investments by Russia in the Iranian energy sector, the participation of Russia in Iranian infrastructure activities, the engagement between Iran and Russia in oil and trade. This is a big package of cooperation that we have with Russia, but I do not believe that a part of that package is we sell/give oil to Russia and we receive goods and commodities. It’s a much bigger package and it includes a lot of other variables, including possibilities for energy cooperation between Iran and Russia, but also possibilities for Iran to receive cash.

Jafari: Iran, at different times, said that the (ending) of JCPOA and removing this deal could have great and dangerous consequences for the security of the region. What do you think?

Foreign Minister Zarif: More than Iran, this is the point that Europe makes. Because they believe that the JCPOA is an important non-proliferation document and without the JCPOA, there is room for greater tension in the region. We, on our side, believe that we have always relied for our security on our people. Our security is driven from within not from outside. But we have also shown that our people will resist aggression, will not accept anybody trying to intimidate Iran, to humiliate Iran or worse yet to invade Iran or to undermine our security or territorial integrity. We have come to the assistance of everybody who was under threat in the region. So, our friends and neighbors in the region have always felt that they do not receive any threats from Iran. Some may have made some propaganda in order to advance certain domestic or regional agenda and have not gained much from it. So, I believe the best way to deal with these issues, for our Persian Gulf region, is through regional dialogue and that would ensure the security of everybody in this immediate neighborhood.