TEHRAN, October 08 -Foreign Minister Sergei Lavrov says the four Russian nationals, who were detained and expelled by the Dutch authorities on suspicion of espionage, had been on a “routine” trip, stressing that they had not do anything illegal and their expulsion from the Netherlands had been a “misunderstanding.” 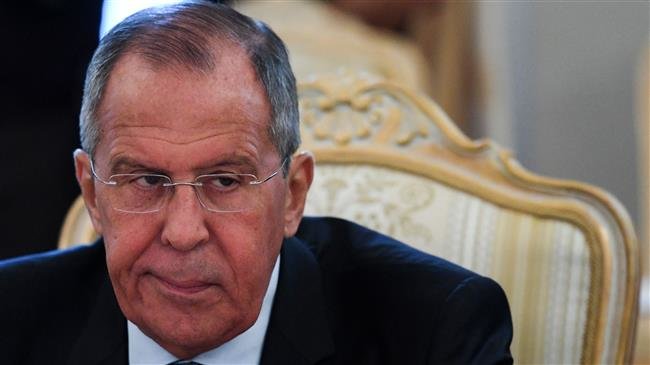 TEHRAN, Young Journalists Club (YJC) -conference that her country’s intelligence services had disrupted a cyber attack by four members of the Russian military intelligence agency (GRU) on the Hague-based Organization for the Prohibition of Chemical Weapons (OPCW) back on April 13.

She further said that the suspects had also been expelled from the Netherlands in the same month, adding that Russia's charge d'affaires to her country had also been summoned to the Ministry of Foreign Affairs for an explanation.

On Monday, Lavrov, speaking at a joint news conference after talks with his Italian counterpart in Moscow, also rejected the espionage allegations by the Dutch authorities, saying that the Kremlin did not receive a complaint from the Netherlands at the time of the incident.

“There was nothing secret about the trip by our specialists to the Netherlands. It was a routine trip... They were detained without explanation. It looked like a misunderstanding,” the Russian top diplomat told reporters at the presser.

“Frankly speaking, this all looked like a misunderstanding, especially considering that no protests over this incident were presented to us, neither in Moscow nor in The Hague,” Lavrov further said.

According to Bijleveld, the Russian suspects, who allegedly had diplomatic passports, had purportedly taken photos of the global chemical weapons watchdog's surroundings in The Hague. She added that the suspects’ vehicle contained high-tech equipment that was able to hack into the organization's Wi-Fi network.

Later on Monday, Russian Foreign Ministry summoned the Dutch ambassador to Moscow, Renee Jones-Bos, to protest over “the misinformation campaign launched in The Hague.”

Moscow last summoned the Dutch ambassador along with the Swiss ambassador in September over what Moscow said were “unsubstantiated accusations” that Russian spies had attempted to hack Swiss targets.