TEHRAN, October 09 - Uzbek politician Vladimir Norov who has been appointed as the next secretary general of the Shanghai Cooperation Organization (SCO) held a meeting with Iranian Foreign Minister Mohammad Javad Zarif in Tehran. 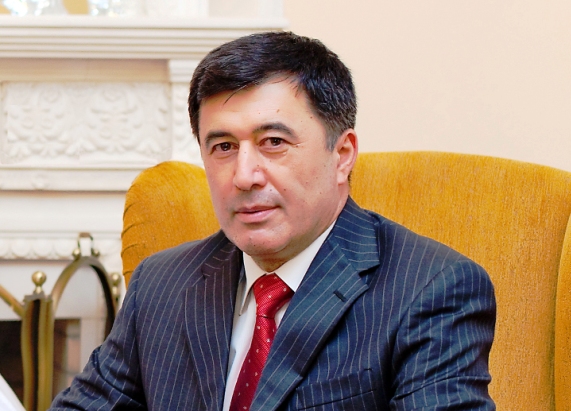 TEHRAN, Young Journalists Club (YJC) - In the meeting on Monday, Zarif and Norov --currently director of Uzbekistan's Institute for Strategic and Interregional Studies—discussed regional issues, Tehran-Tashkent ties and ways to boost bilateral relations in the political, economic and cultural areas.

They also emphasized the necessity for joint action against terrorist groups such as Daesh (ISIL).

Elsewhere in the meeting, Zarif congratulated Norov on being elected at the next SCO secretary general. The Uzbek official in turn hoped that relations between Iran and the SCO would grow during his term.

Norov was appointed to the post of SCO secretary general at a meeting of the SCO’s Council of Heads of State, which was held in China’s Qingdao in June.