US military alarmed by Iran’s growing defense might, combat power

TEHRAN, November 05 -Pentagon officials are reportedly losing confidence in the US military’s ability to counter Iranian armed forces in case of a direct confrontation, citing the shrinking presence of US military forces in the Middle East region is the main contributing factor. 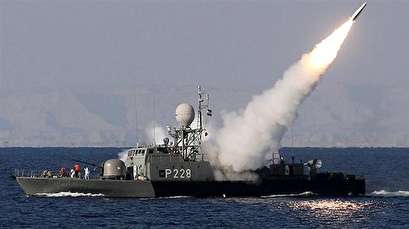 TEHRAN, Young Journalists Club (YJC) -Pentagon officials are reportedly losing confidence in the US military’s ability to counter Iranian armed forces in case of a direct confrontation, citing the shrinking presence of US military forces in the Middle East region is the main contributing factor.

Just as US President Donald Trump is preparing to resume what he calls the “toughest ever” sanctions against Iran to drive the Islamic Republic’s oil exports to zero, US military commanders think that the recent decisions by the Pentagon to move ships, combat aircraft and missile defense systems out of the region only plays into Iran’s hands.

Iran has threatened to close down the Strait of Hormuz and stop all oil exports from the Persian Gulf region in case Trump delivers on his pledge.

While the threat seems to have worked its magic by prompting the White House to issue waivers for Iran’s main oil buyers, US military officials are worried that the current levels American military presence in the region cannot stop Iran from shutting down the crucial waterway.

According to The Washington Post, the officials worry that Iran could easily fulfill the task by using it robust arsenal of ballistic missiles and its ability to plant naval mines.

Under Trump, who thinks China and Russia pose the greatest threats to the US, the Pentagon has moved some of its forces out of the region and stationed them in bases across the Pacific region instead.

The US military has not had an aircraft carrier in the Persian Gulf region since March. It has also removed a large share of its Patriot missile batteries out of the region along with a number of its stealthy combat aircraft, the F-22 Raptor.

That doesn’t mean the Trump administration has forgotten about Iran.

Ever since entering the White House, Trump has taken aggressive actions against Tehran, a pressure campaign that peaked in May, when he pulled out of the 2015 Iran nuclear deal and pledged to reinstate all of the sanctions that were removed under the historic accord.

Undeterred by the threats, however, Iran has defended its territories against any possible trespassing by American and other foreign forces in the region.

Iranian naval forces have on many occasion fired warning shots towards American military vessels approaching Iranian waters and asked them to change course.

The chief commander of the Islamic Revolution Guards Corps (IRGC) made it clear on Friday that Iran will give a crushing response to any threat to its security even if it requires extraterritorial operations.

“Iran will never avoid giving response [to threats] beyond its borders if its security is put in danger,” Major General Mohammad Ali Jafari told Yemen’s al-Masirah TV on Friday.