TEHRAN, November 16 - North Korea’s state media says the country’s leader Kim Jong-un has witnessed the test of an ultramodern tactical weapon in his first publicized visit to a weapons test site since the country’s test-launch of an ICBM last November. 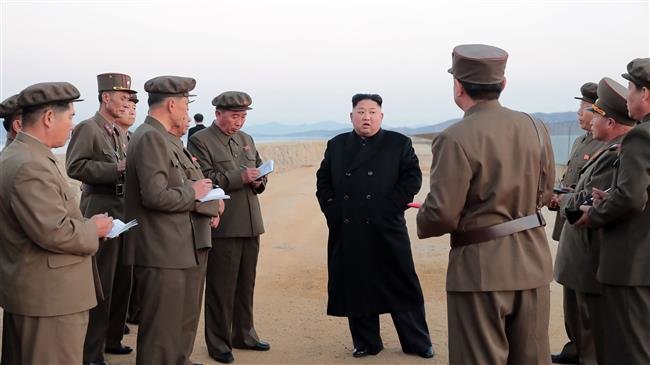 “After seeing the power of the tactical weapon, Supreme Leader Kim Jong-un was so excited to say that another great work was done by the defense scientists and munitions industrial workers to increase the defense capability of the country,” the KCNA reported.

The type of the new weapon has not been identified, but the test does not seem to be in violation of the voluntary moratorium Pyongyang imposed on tests of nuclear and long-range ballistic missiles this year.

The new test, however, can further complicate the already stalled negotiations between North Korea and the US over the denuclearization of the Korean Peninsula.

Kim initiated a rapprochement with South Korea in January. And the US started diplomatically engaging North Korea only later.

The two Koreas have since been advancing their relations. But the US’s failure to reciprocate North Korean moves has plagued diplomatic engagement between Washington and Pyongyang.

North Korean authorities have complained about continued US and international sanctions on their country, calling those measures a “source of mistrust.”

North Korea’s Foreign Minister Ri Yong-ho said at the United Nations General Assembly late September that “there is no way we will unilaterally disarm ourselves first.”