TEHRAN, November 21 - Iranian Foreign Minister Mohammad Javad Zarif has denounced a statement by US President Donald Trump that Washington will stand by Saudi Arabia despite the murder of dissident journalist Jamal Khashoggi as “shameful.” 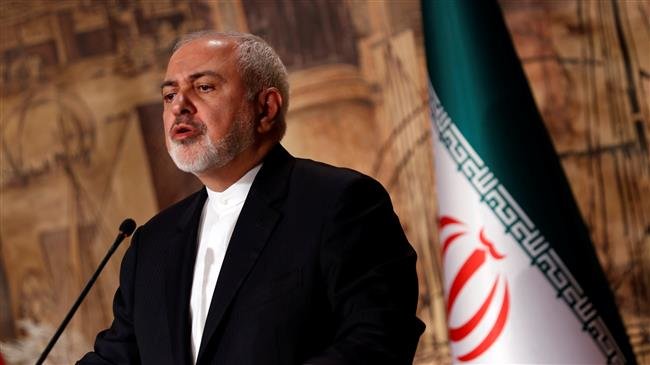 TEHRAN, Young Journalists Club (YJC) - Earlier in the day, Trump said in a statement issued by the White House that the incumbent US administration will support the Saudis despite international condemnation of Khashoggi's killing at the kingdom’s consulate in Turkey’s largest city of Istanbul early last month.

He added that the US intends to remain a "steadfast partner" of Saudi Arabia even though "it could very well be" that Saudi Crown Prince Mohammed bin Salman had knowledge of Khashoggi's death.

“It could very well be that the Crown Prince had knowledge of this tragic event," Trump said, adding, "maybe he did and maybe he didn't!"

He added that he had no intention of cancelling military contracts with Riyadh.

The US president then accused Iran of destabilizing the Middle East region, saying, “Iran states openly, and with great force, “Death to America!” and “Death to Israel!” Iran is considered “the world’s leading sponsor of terror.””

Trump further claimed that “Saudi Arabia would gladly withdraw from Yemen if the Iranians would agree to leave.”

The allegations came as Iran has no military ties with Yemen and the missile capabilities of Yemeni army forces and allied fighters from Popular Committees are home-grown.

Saudi Arabia and a number of its regional allies launched a devastating military campaign against Yemen in March 2015, with the aim of bringing the government of former president Abd Rabbuh Mansur Hadi back to power and crushing the country’s popular Houthi Ansarullah movement.

he Saudi-led war has also taken a heavy toll on the country’s infrastructure, destroying hospitals, schools, and factories. The UN has already said that a record 22.2 million Yemenis are in dire need of food, including 8.4 million threatened by severe hunger.

According to the world body, Yemen is suffering from the most severe famine in more than 100 years.