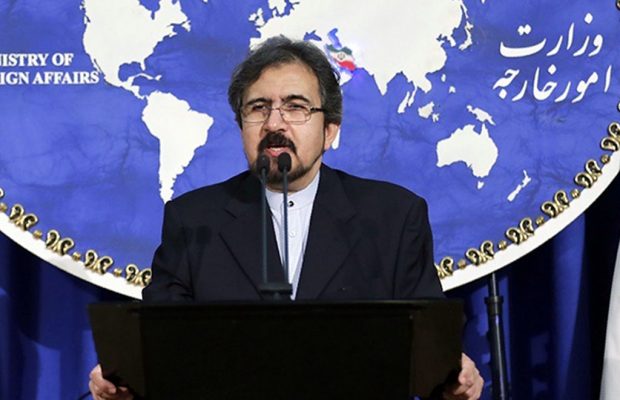 TEHRAN, Young Journalists Club (YJC) -  “France is expected to avoid echoing incorrect claims by the opponents of the JCPOA,” Foreign Ministry Spokesman Bahram Qassemi said on Friday, referring to the Joint Comprehensive Plan of Action, the 2015 nuclear agreement between Iran and the world powers from which the US withdrew in 2018.

In response, Qassemi said, “Contrary to the French foreign ministry spokeswoman's claim, Iran’s missile program has not been established for non-conventional purposes, nor is the country’s natural right to strengthen its scientific and defensive capabilities as developed in the form of missile program in violation of (UN Security Council) Resolution 2231.”

“We strongly believe that any attempt to induce and impose a wrong interpretation of Resolution 2231 regarding Iran’s missile program is an irresponsible act,” Qassemi said.

The spokesman also underlined that Iran’s homegrown missile program is defensive, national and conventional, adding that it is not only legitimate but also “the Iranian nation’s natural right,” Press TV reported.

The UNSC Resolution 2231, which has endorsed the JCPOA, calls upon Iran “not to undertake any activity related to ballistic missiles designed to be capable of delivering nuclear weapons.”

Iranian officials have time and again underscored that none of the country’s missiles have been designed to be capable of carrying nuclear warheads, because nuclear weapons have basically no place in Iran’s defense doctrine.