TEHRAN, Jan 12 - Leader of the Islamic Revolution Ayatollah Seyed Ali Khamenei called on Iranian students to make efforts to boost the country’s self-sufficiency in various areas and eliminate any reliance on “aliens”. 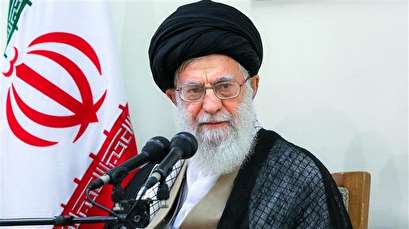 TEHRAN, Young Journalists Club (YJC) - “We all know that you are among the best (sources of) hope for the future of the country,” Ayatollah Khamenei said in a message to the 53rd annual meeting of the Union of Islamic Students Associations in Europe, which opened in Germany’s Hamburg on Saturday.

“What everyone should know is that, with the blessing of God, a large number of yesterday's students are now involved in great works in the country….,” the message read.

“Our students today, anywhere in the world, will have the opportunity to join these faithful and devoted groups and fully eliminate the country’s need for (help from) aliens,” the Leader added.

In relevant remarks in October, Ayatollah Khamenei called on Iranian elites to push for the country’s scientific progress, saying advancements in science will help the Islamic Republic counter hostile threats.

In an address to a gathering of young Iranian elites and scientific talents in Tehran on October 17, Ayatollah Khamenei highlighted the need for scientific progress in the country, saying employment of the potential of elites will boost the country’s power and minimize its vulnerabilities.

“If we make scientific progress, the threats from our civilizational, political, and economic enemies will not be permanent and will diminish,” the Leader added.