US ties with Saudi cannot continue unless bin Salman is ‘dealt with': Sen. Graham 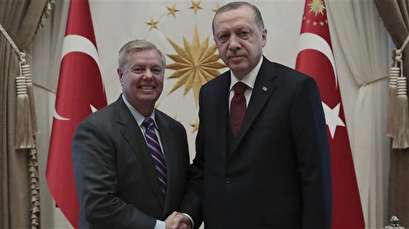 “The relationship between the US and Saudi Arabia cannot move forward until Crown Prince Mohammed bin Salman is dealt with," Graham told reporters in Ankara on Saturday, a day after discussing issues related to Saudi Arabia with Turkish President Recep Tayyip Erdogan.

The senator also said he will push for more US sanctions against those involved in the killing in October of dissident Saudi journalist Jamal Khashoggi inside Riyadh’s consulate in Istanbul.

The US Treasury Department has imposed economic sanctions on 17 Saudis involved in the murder. Trump. however, has been reluctant to go after bin Salman, who is widely believed to have ordered the hit job.

"What has transpired over the last couple of years has been unnerving to say the least," he said. "The leadership coming from MbS is not what I have envisioned."

Turkish and American intelligence reports state that the body of Khashoggi – an outspoken critic of bin Salman— was dismembered shortly after his murder inside the Saudi diplomatic mission. There are also reports of sound recordings and phone calls that directly tie bin Salman to the murder.

Graham said that by ordering the brutal murder, MbS violated "every norm of international behavior.”

According to the findings of a Turkish probe, a 15-member “hit squad” had been sent to kill the ill-fated journalist in a “premeditated murder” operation.

The gruesome murder of the journalist, which according to a CIA assessment was ordered by the crown prince, sparked international outrage against the kingdom, the prince as well as US President Donald Trump, who has since been running interference for Riyadh and bin Salman, also known as MBS.

After trying to deflect international criticism by providing several contradicting accounts, the Saudis finally admitted to the murder, claiming that Khashoggi was killed after "discussions" to convince him return to his homeland turned into "a brawl and a fist fight" inside the consulate.

Graham said at the time that he believes "the answer is unequivocally yes" that the crown prince was involved in the murder.

The senator, who is a key ally of Trump, has taken a vocal approach as of late against some of the president's decisions, including his attempts to shielding those responsible for the murder of the Washington Post journalist in Istanbul.