TEHRAN, Jan 21 -Iran coach Carlos Queiroz hails his team’s solid performance against Oman during the Asian Cup games, saying his men “play for the people of Iran” and are committed to putting the entire nation’s strength on display besides playing “good football.” 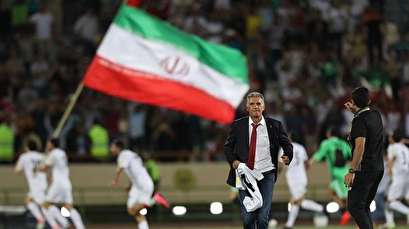 Following the win, Queiroz took to his Facebook page to congratulate his team and the Iranian nation on the “good victory against a strong and very well prepared opponent.”

“Our boys play for the team and this is the way we move forward,” he said.

The former Real Madrid boss further described the match against Oman as a “difficult” one, saying “but we worked and built the result, with good spirit, enthusiasm and attitude.”

He further said that the team is committed to “playing good football, but also showing the world this message about the strength and character of the Iranian people.”

“We will continue working like today, playing for the people of Iran. Thank you all for your support!” he added.