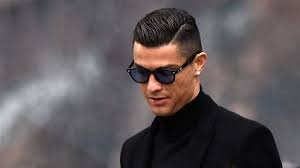 TEHRAN, Young Journalists Club (YJC)-Ronaldo arrived at the court with his girlfriend Georgina Rodriguez. They entered the courthouse though the public entrance, as a judge had rejected his request to enter the building with a car.

Juventus winger is unlikely to spend any time in prison due to the non-violent nature of his offence and a Spanish law that dictates that first-time offenders can spend a term of under two years on probation.

Five-time winner of Europe's Ballon d'Or was accused of tax fraud in Spain between 2010 and 2014 during his time at former club Real Madrid.

Ronaldo's former Real Madrid teammate Xabi Alonso also appeared in court over another case of tax fraud. Accused of defrauding the state of €2 million ($2.3 million), the 2010 World Cup winner with Spain denies any wrongdoing and faces up to five years behind bars if prosecutors prove him guilty.

Ronaldo and Alonso are the latest in a string of footballers in Spain who have been accused of tax evasion.