TEHRAN, Jan 29 - Press TV anchor Marzieh Hashemi, who was released after spending 10 days in US detention without charge, is set to arrive back in Iranian capital, Tehran, on Wednesday. 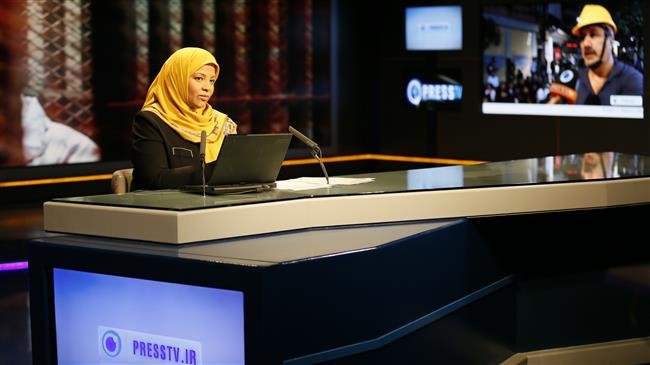 TEHRAN, Young Journalists Club (YJC) - A special ceremony will be held to welcome Hashemi back home upon her arrival at Tehran Imam Khomeini International Airport at 09:00 p.m. local time (1730 GMT).

The journalist, a 59-year-old American-born Muslim convert who has lived in Iran for years, was detained by the Federal Bureau of Investigation (FBI) at St. Louis Lambert International Airport in Missouri on January 13th while in the US to visit her ill brother and other family members.

She was taken to court after spending a night in “unbelievable conditions” at the facility, where she was incarcerated in solitary confinement next to other people from different nationalities that the FBI had detained for unknown reasons. She was initially forced to remove her hijab and only offered non-halal food.

The US government said Hashemi had been arrested as a “material witness” in an unspecified criminal proceeding and that she faced no charges herself.

To get to the courtroom, the Press TV journalist was forced to climb the stairs while in shackles because of the malfunctioning elevators that authorities had been unable to repair due to the ongoing government shutdown.

During a live interview with Press TV from Washington a day after her release, Hashemi recounted her ordeal in US detention and said she was resolved to prevent others from being subjected to such mistreatment by the American justice system.

She said while she had long been “harassed” by American security officers during her previous trips to her homeland, the detention took everything to a “whole new level.”

“In general, when I travel throughout the United States and domestic flights… I always have to be at the airports three to three-and-a-half hours prior to flight just to make it through all obstacles,” the Press TV anchorwoman added.

Massive rallies were held in many cities around the world on Friday to protest against the US legal system in the wake of Hashemi’s imprisonment.

In an address during demonstrations in Washington, DC, Hashemi recounted her ordeal during her time in jail and mistreatment by the American justice system.

“It can be called whatever they want to call it, but I was kidnapped from the St. Louis airport. Fortunately my son Reza was with me otherwise who knows what could have happened. You can be made to disappear very easily,” Hashemi told the crowd attending the rally.

Share to
Related News
'Fairytale' win for first British jockey to race in hijab
Canadian PM fires envoy to China after remarks on Huawei case
West at risk as US loses military edge
Treasury: US stepping up economic measures to drive Maduro from power
Tags
iran ، people ، people
Your Comment