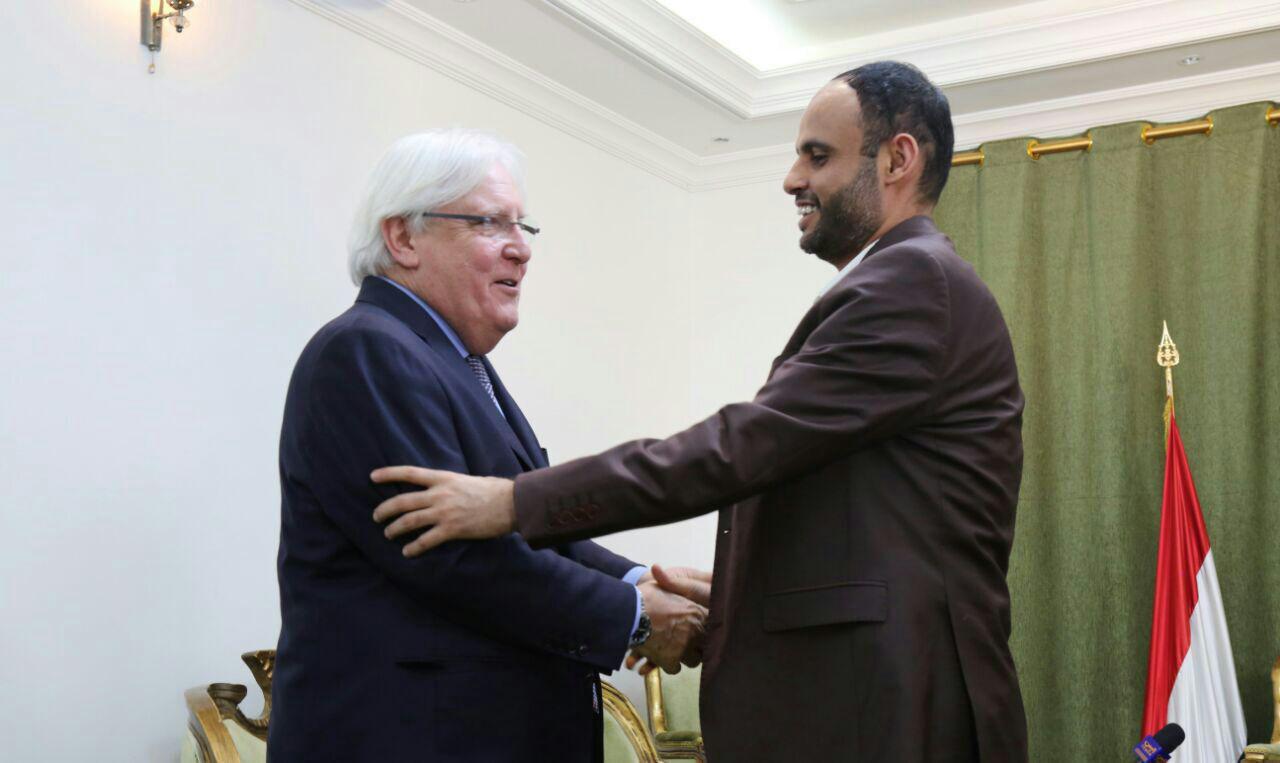 TEHRAN, Young Journalists Club (YJC) - Al-Mashat stressed during the meeting the Yemeni national team’s commitment to Sweden agreement despite the violations committed by the Saudi-led forces.

For his part, Griffiths thanked Al-Mashat for releasing the Saudi sick captive, expressing his condolences on the martyrdom of the engineer Mohammad Al-Othri while participating in demining operations in Hodeidah.

Yemen has been since March 2015 under brutal aggression by Saudi-led coalition, in a bid to restore control to fugitive president Abd Rabbu Mansour Hadi who is Riyadh’s ally.

Tens of thousands of people have been killed and injured in the strikes launched by the coalition, with the vast majority of them are civilians.

The coalition, which includes in addition to Saudi Arabia and UAE: Bahrain, Egypt, Morocco, Jordan, Sudan and Kuwait, has been also imposing a harsh blockade against Yemenis.