TEHRAN, Feb 17 - US Vice President Mike Pence has repeated warnings to Turkey against purchasing of Russia’s S-400 missile defense systems, arguing that doing so puts other members of the NATO military alliance in danger. 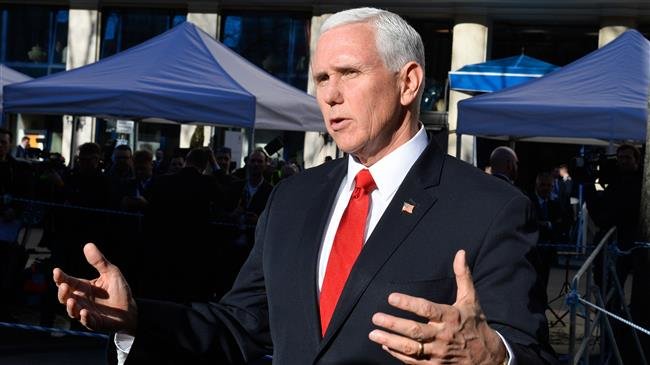 TEHRAN, Young Journalists Club (YJC) - Pence raised the issue during a speech at the Munich Security Conference on Saturday, saying Washington would continue to pressure Ankara to call off the deal.

“We will not stand idly by while NATO allies purchase weapons from our adversaries,” he said. “We cannot ensure the defense of the West if our allies grow dependent on the East.”

The fiery remarks came a day after Turkey dismissed the first of two US deadlines to cancel the controversial purchase.

Ankara had until February 15 to respond to US requests and signal its intentions to cease with the sale, Military Times reported Sunday, citing an unnamed official.

The official said Washington was going to halt a forthcoming sale of a Patriot missile system to Ankara should the S-400 deal with Moscow proceed as planned.

“We have been clear with Turkey,” the official said. “They will not receive the Patriot if they purchase the S-400."

The Patriot sale, estimated at $3.5 billion, would include the sale of 80 Patriot MIM-104E Guidance Enhanced and 60 PAC-3 Missile Segment Enhancement missiles, as well as the related equipment.

Turkish President Recep Tayyip Erdogan reiterated his country’s resolve to proceed with the Russian deal on Saturday, but also said that his country was also interested in completing the Patriot deal as long as its interests were protected.

According to Sergey Viktorovich Chemezov, the Chief Executive Officer of Russian state corporation Rostec which produces the S-400 system, Russia would supply Turkey with four batteries of S-400, worth $2.5 billion each.

The S-400 deal would also impact Turkey role in the development of the fifth generation F-35 Joint Strike Fighter.

Turkey sources some of the parts for the program, often touted as the world’s most expensive weapon. The Pentagon has warned the US Congress  that the project could face delays should Turkey drop out.

The S-400 is designed to detect, track, and destroy planes, drones, or missiles 400 kilometers away. It has previously been sold only to China and India.

Turkey has been striving to boost its air defenses for a few years now and sped up the process after the US and Germany decided in 2015 to withdraw their Patriot surface-to-air missile systems from Turkey's border with Syria.