TEHRAN, Apr 02 -Australia’s Senate has censured a far-right lawmaker over his controversial comments that the recent bloody terrorist attack against two mosques in New Zealand were the outcome of letting Muslims into the country. 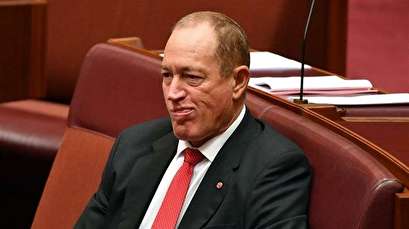 Although censuring a senator has no direct legal consequences, it is an expression of the Senate’s disapproval of the actions taken by an MP.

The mass shooting left 50 Muslim worshipers dead at the mosques in New Zealand’s city of Christchurch. Prior to that, the 28-year-old Australian gunman behind the attack had published an ideological “manifesto” filled with extreme views, in which he had described Muslim immigrants in Europe as “invaders.”

Anning had said, in a statement issued shortly after the mass shooting, that the real cause of the bloodshed was the “immigration program which allowed Muslim fanatics to migrate to New Zealand in the first place.”

His comments came under the spotlight after footage of a teenager smashing an egg on the senator’s head went viral on social media.

During Wednesday’s session, senators Mathias Cormann and Penny Wong presented a bipartisan motion calling on Australians to “stand against hate and to publicly, and always, condemn actions and comments designed to incite fear and distrust.”

The motion censured Anning “for his inflammatory and divisive comments seeking to attribute blame to victims of a horrific crime and to vilify people on the basis of religion, which do not reflect the opinions of the Australian Senate or the Australian people.”

Citing the universal declaration of human rights statement, the motion said “everyone has the right to freedom of thought, conscience and religion.”

Australian Muslim Senator Mehreen Faruqi also told the Senate, “There is no room for racism in Australia. Sadly, what Senator Anning said after the Christchurch massacre, however shocking isn’t out of character.”

Anning, however, denied he had blamed the victims and told Reuters via email the censure motion was a blatant attack on “free speech.”

The controversial senator was attacked again by leaders of major parties in the Senate.

Wong dismissed Anning’s “free speech” defense and said, “There is a difference between freedom of speech and hate speech. The former is a feature of our democracy. The latter is an attack on democracy.”

A few days after the massacre in New Zealand, over 350 Muslim leaders from the UK, the US and other world countries signed a letter to the Guardian, in which they condemned the assault as “the awful outcome of systemic and institutionalized Islamophobia.”

On Tuesday, UN Secretary General Antonio Guterres also warned about the unbridled spread of Islamophobia across the international community in the wake of the New Zealand terror attack.