TEHRAN, May 10 - Bahrain has received the first installment of a multi-billion-dollar support package from key Persian Gulf allies as the kingdom’s economy struggles with a current account gap and a large state budget deficit, which have dragged down prices of its international bonds and pushed its national currency against the US dollar. 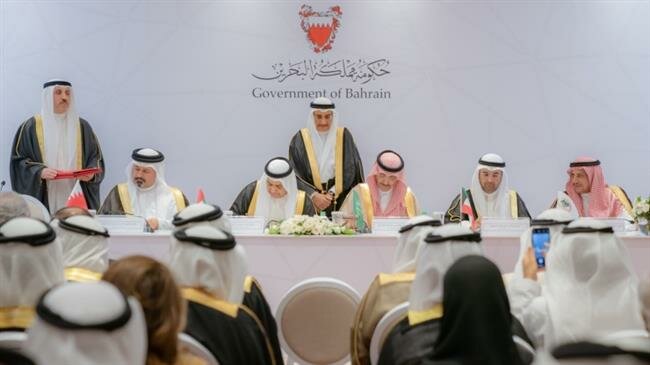 TEHRAN, Young Journalists Club (YJC) - Bahrain’s official news agency BNA reported on Thursday that the initial payment of $2.292 billion for the year 2018 had been received “in full.”

It added, “The receipt of the second installment (of $2.276 billion for this year) has already started.”

The report further noted that Bahrain would receive installments up until 2023.

On October 4, 2018, Saudi Arabia, the United Arab Emirates and Kuwait agreed to give Bahrain 10 billions of dollars.

The trio accepted to support the funding requirements of the Manama regime’s Fiscal Balance Program, which purportedly aims to secure the country’s long-term fiscal stability and eliminate its budget deficit by 2022.

The program is said to include reforms, which would seek to lower public and inefficient expenditures, but on the other hand would simplify government processes and boost non-oil revenues.

The 10-billion-dollar financial support will be delivered through a long-term and interest-free loan, a source familiar with the agreement said on condition of anonymity.

The source added that the financing will be provided gradually and according to an agreed schedule.

Bahrain’s economy shrank on an annual basis in the first quarter of the current year. The cost of insuring its sovereign debt against default hit record highs in June.

The International Monetary Fund (IMF) has called on Bahrain to take concrete steps to slash its state budget deficit and bolster its currency.

Bahrain has tried but failed to put its finances on a more solid foundation for several years.

It relies on the oil sector for around two-thirds of its revenues, and the relatively low oil prices of recent years have weakened its financial position.

The government’s reserves are now only enough to cover 1.5 months of imports, according to the IMF.

Bahrain has struggled to develop other industries, which could provide the jobs and economic growth it needs.

A popular uprising, which has been going on in the country since mid-February 2011, has also led to political instability.