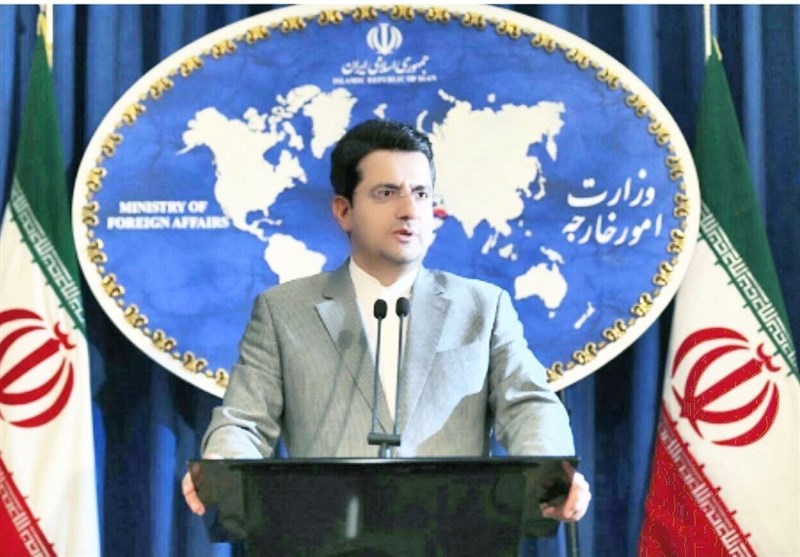 TEHRAN, Young Journalists Club (YJC) - In a statement on Monday, Foreign Ministry Spokesman Abbas Mousavi hailed the unilateral withdrawal of military forces of Yemen’s National Salvation Government from the ports of Hudaydah, Saleef and Ras Isa as a constructive measure.

“The Sana’a government’s measure for saving the Stockholm deal signifies the Yemeni National Salvation Government’s determination and commitment to dialogue and honoring its commitments on the one hand, and reveals the Saudi coalition’s obstructionism and lack of commitment to the deal on the other hand,” Mousavi added.

He also reaffirmed Iran’s support for the Stockholm agreement, saying its implementation would pave the way for a final, inclusive political solution to the conflicts in Yemen.

Denouncing the obstructionist measures by the forces supported by the Saudi-Emirati coalition, the Iranian spokesman said, “The United Nations and influential countries must pressurize the coalition into honoring its commitments and urge it to abandon its acts of obstructionism in halting the implementation of the Stockholm deal.”

The UN said on Monday that the first full day of the Houthi withdrawal from the three Red Sea ports went "in accordance with established plans".

The Houthis began the long-delayed pull out of their forces from the ports on Saturday as part of the ceasefire deal reached in Sweden in December.

Representatives from Yemen’s warring sides met in Sweden in December 2018 and signed the UN-sponsored deal aimed at ending more than three years of war that have ravaged Yemen. Under the Stockholm agreement, the parties agreed on a ceasefire in Hudaydah province and to withdraw their respective forces.

The Saudi-led coalition and their mercenaries, however, have repeatedly violated the ceasefire in Hudaydah province by attacking areas in and around the province’s capital.

Hudaydah, the main port used to feed Yemen’s 30 million people, has been the focus of fighting this year, raising fears abroad that a full-scale assault could cut off supplies to nearly 16 million people suffering from severe hunger.

The Saudi-led aggression that started in March 2015 is estimated to have left 56,000 Yemenis dead.

The Saudi-led war has also taken a heavy toll on the country’s infrastructure, destroying hospitals, schools, and factories. The UN has said that a record 22.2 million Yemenis are in dire need of food, including 8.4 million threatened by severe hunger. According to the world body, Yemen is suffering from the most severe famine in more than 100 years.