TEHRAN, May 16 - Iranian President Hassan Rouhani highlighted the country’s recent victories over the US administration in political fields and in international courts of law. 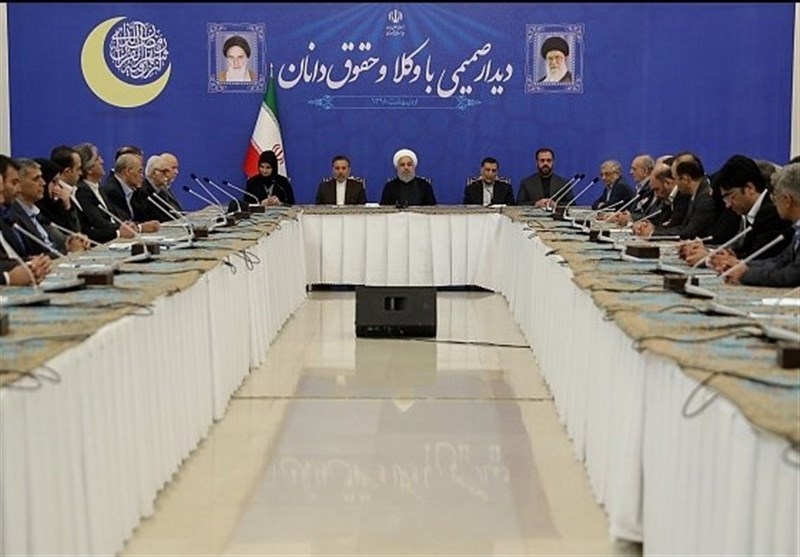 TEHRAN, Young Journalists Club (YJC) -  “At a meeting of the United Nations Security Council attended by 15 members and chaired by the US president, he had planned to (pursuade others to) condemn Iran over the nuclear issue, but the (other) 14 members defended Iran against the US president for the first time,” Rouhani said at a gathering of lawyers in Tehran on Wednesday night.

The Iranian administration also managed to emerge victorious in two court cases against the US in The Hague, he said, describing it as an honor for the Iranian nation and government.

The president further pointed to the 2015 nuclear deal known as the Joint Comprehensive Plan of Action (JCPOA) and said, “The first step regarding the JCPOA was that the US did not have the right to impose sanctions on Iran, and it is very important that we were successful in political and legal fields.”

In similar remarks back in October 2018, Rouhani praised the International Court of Justice’s ruling on the county's lawsuit against the US for breaching the 1955 Treaty of Amity and re-imposing sanctions on Tehran, describing the verdict as a great victory for the Islamic Republic.

“Recently, we had a successful presence in the United Nations General Assembly, which turned into a stage for an encounter between Iran and the US,” he said, adding, “There is no one who regards the US as the winner of the encounter”.

The ICJ’s ruling is also “a huge and remarkable legal and political success” Rouhani said at the time, adding, “Although the US government is likely to refuse to abide by it (ruling), it is a great victory for the Iranian nation to be able to get the US sentenced in an international institution”.

Judges at the International Court of Justice (ICJ), the highest United Nations court, ruled in favor of Iran in a lawsuit against the US for breaching the 1955 Treaty of Amity by re-imposing sanctions on the Islamic Republic after pulling out of the JCPOA.

In a provisional verdict on October 3, the ICJ ruled that the US government should lift all bans on the free export of humanitarian goods like food and medicine to Iran which have been re-imposed after Washington’s withdrawal from the 2015 Iran nuclear deal.

The ICJ, which is based in The Hague and is also known as the World Court, is the United Nations tribunal for resolving international disputes. Iran's filing asked the ICJ to order the United States to provisionally lift its sanctions ahead of more detailed arguments.