Iranian medical academy writes to UN about ‘unjust’ US sanctions

TEHRAN, May 21-The Academy of Medical Sciences of Iran has written to the UN to complain about the illegal sanctions imposed by the US against the Iranian nation, saying the restrictive measures have adversely affected the medical treatment of Iranian patients. 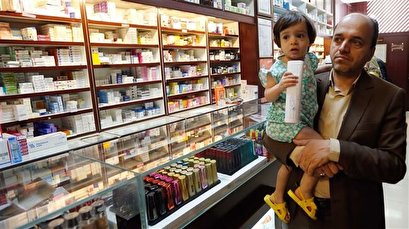 TEHRAN, Young Journalists Club (YJC) -In a letter addressed to UN Secretary General Antonio Guterres, the Academy’s President Alireza Marandi said that he had previously written to the world body in condemnation of the “unjust” US sanctions targeting the Iranian people.

“These sanctions as mentioned in previous letters have led to many obstacles in providing all kinds of medicine and equipment needed for the medical treatment of the Iranian population,” he wrote in the letter.

Marandi, who formerly served as health minister, also expressed dismay that the American bans have blocked the flow of international humanitarian aid to Iran’s flood-hit regions.

“Unfortunately we are now facing further illegal and inhumane obstructions by The United States in its indiscriminate blocking of international aid to Iranians affected by the recent floods which have devastated large areas throughout the country,” he wrote.

Iranian officials have blasted the US administration for hampering shipments of relief supplies to the Iranian regions devastated by unprecedented floods caused by heavy spring rains.

“Unfortunately, international human rights organizations have remained consistently silent in the face of these crimes committed by the United States regime,” Marandi wrote.

Last year, President Donald Trump unilaterally pulled the US out of the 2015 nuclear deal with Iran, officially named the Joint Comprehensive Plan of Action (JCPOA), and unleashed the “toughest ever” economic sanctions against Tehran.

Officially, the measures exempt humanitarian goods, such as medicine and medicinal instruments.

But in reality, they have had negative impacts on Iran’s health sector and restricted the country’s access to medical and health services.

Back in March, 66 Iranian scientific medical societies wrote to the UN chief in denunciation of the “inhumane and medieval” American sanctions, which have led to “extensive shortages of life-saving medical supplies and drugs.”

Last November, Marandi had called on the UN to act against the incessant violation of human rights” by the United States.