TEHRAN, May 26-US President Donald Trump has downplayed North Korea’s missile tests amid negotiations with Washington, asserting that he is not disturbed by the “small weapons” fired by Kim Jong Un. 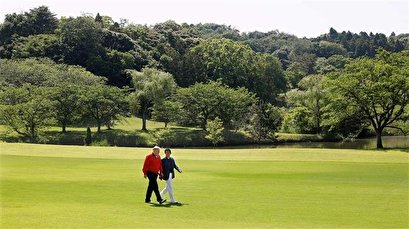 TEHRAN, Young Journalists Club (YJC) -The US commander in chief took to Twitter on Sunday to express his "confidence" in Kim while on a visit to Japan.

"North Korea fired off some small weapons, which disturbed some of my people, and others, but not me," Trump wrote on Twitter, apparently referring to weapons tests in early May.

The country fired two short-range missiles on May 9 after an earlier drill on May 4 -- the first in 18 months.

The US president further speculated that Kim was sending him a “signal” though the country’s state media, releasing a commentary on former Vice President Joe Biden, set to take on Trump in the 2020 presidential election.

"I have confidence that Chairman Kim will keep his promise to me, & also smiled when he called Swampman Joe Bidan [sic] a low IQ individual, & worse. Perhaps that's sending me a signal?"

The US president has so far held two historic summits with Kim in Singapore and Vietnam respectively but to no avail.

Trump is on a state visit to Japan, where he is scheduled to discuss North Korea's nuclear and missile programs with Japanese Prime Minister Shinzo Abe.