TEHRAN, May 26 -A Saudi-backed renegade general wreaking havoc in Libya says he will continue fighting forces loyal to the internationally-recognized government of the North African country until they are defeated. 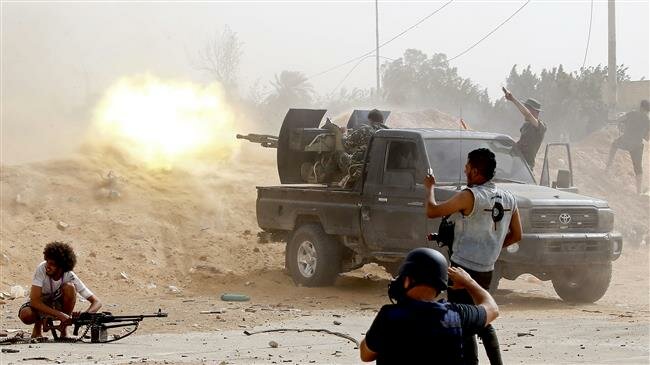 TEHRAN, Young Journalists Club (YJC) -In an interview with the Journal de Dimanche newspaper in France on Sunday, Khalifa Haftar claimed that he sought a “political solution” but “to return to politics, we need to finish with the militias,” referring to the groups of armed forces loyal to the government.

Haftar has been leading a group of militia of his own in an offensive on the Libyan capital, Tripoli, where the government is seated since last month.

In the interview, he took aim at United Nations (UN) envoy Ghassan Salame, who has warned about the consequences of Haftar’s offensive.

“Salame is making irresponsible statements. He wasn’t like that before; he has changed. From an impartial and honest mediator, he has become a biased one,” the renegade general said.

Salame recently warned that Haftar’s offensive was “just the start of a long and bloody war.” He also urged the UN Security Council to set up a commission of inquiry to investigate the fighting.

On April 25, the International Committee of the Red Cross (ICRC) said that the fighting for control of Tripoli was turning the densely-populated residential areas of the city into “battlefields.”

The 75-year-old Haftar has the backing of Saudi Arabia, the United Arab Emirates, and Egypt.

More than 75,000 people have been driven from their homes in the fighting and 510 have been killed, according to the World Health Organization. More than 2,400 have also been wounded, while 100,000 people are feared trapped by the clashes raging on the outskirts of Tripoli.

Libya has been the scene of violence since 2011, when longtime dictator Muammar Gaddafi was toppled from power after an uprising and a NATO military intervention.