TEHRAN, May 28-Chinese telecoms equipment maker Huawei [HWT.UL] is reviewing its relationship with FedEx Corp (FDX.N) after it claimed the U.S. package delivery company, without detailed explanation, diverted two parcels destined for Huawei addresses in Asia to the United States and attempted to reroute two others. 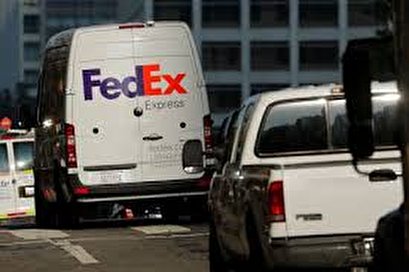 TEHRAN, Young Journalists Club (YJC) -Huawei told Reuters on Friday that FedEx diverted two packages sent from Japan and addressed to Huawei in China to the United States, and attempted to divert two more packages sent from Vietnam to Huawei offices elsewhere in Asia, all without authorisation, providing images of FedEx tracking records.

Reuters could not verify the authenticity of the records. Shown the images of the tracking records, FedEx declined to make any comment, saying company policy prevented it from disclosing customer information.

Huawei said the four packages only contained documents and “no technology,” which Reuters was unable to independently confirm.

Huawei declined to elaborate on why it thought the packages were diverted. Reuters was given no evidence the incident was related to the U.S. government’s move to place Huawei and its affiliates on a trade blacklist in mid-May, effectively banning U.S. firms from doing business with them on security grounds.

“The recent experiences where important commercial documents sent via FedEx were not delivered to their destination, and instead were either diverted to, or were requested to be diverted to, FedEx in the United States, undermines our confidence,” Joe Kelly, a spokesman for Huawei, told Reuters. “We will now have to review our logistics and document delivery support requirements as a direct result of these incidents,” the spokesman said.

Huawei acknowledged to Reuters that one package originating in Vietnam was received by Friday, and the other was on its way, according to FedEx tracking records provided by Huawei.

FedEx spokeswoman Maury Donahue told Reuters the packages were “misrouted in error” and that FedEx was not requested to divert them by any other party.

“This is an isolated issue limited to a very small number of packages,” said FedEx, referring to the four parcels affected. “We are aware of all shipments at issue and are working directly with our customers to return the packages to their possession.”

The U.S. Department of Commerce did not reply to a request for comment on whether the incident might be related to its move on May 16 to add Huawei to the so-called “Entity List,” preventing it buying certain data-x-items from U.S. companies without U.S. government approval.