TEHRAN, May 28-With several top Indian military officials defending Narendra Modi’s claim that clouds might in a way have helped Indian jets evade Pakistani radar during their raid on Balakot, online vigilantes have again ridiculed the theory. 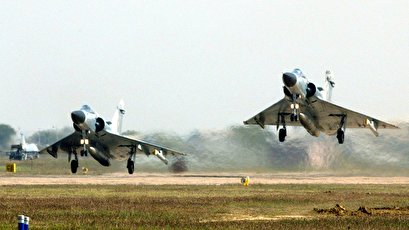 Sharing his ‘raw wisdom’ of air combat tactics, Modi claimed that bad weather conditions contributed to the success of the Balakot air strike against a Jaish-e-Mohammed (JeM) terrorist camp deep inside Pakistani territory on February 26, because the clouds served as a shield from the enemy’s radar. While Twitter users found this logic puzzling, Air Marshal Nambiar was not the theory's only apologist within the Indian military.

Critics, however, immediately dismissed the explanation as ridiculous, claiming that any advanced military radar features all-weather capabilities and doesn’t stop working on cloudy days – despite the fact that in higher frequency radars, accuracy can indeed be affected by weather conditions.