TEHRAN, May 29 -Rights group Amnesty International has accused Myanmar’s military of committing “war crimes” against an ethnic Buddhist group in Rakhine State, after worldwide condemnation of the army for committing horrific atrocities against local Muslims there. 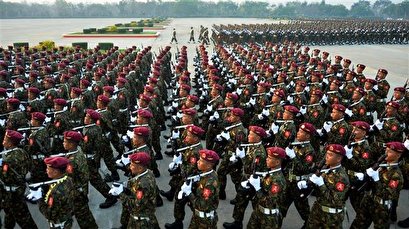 Myanmar’s armed forces have reportedly deployed thousands of troops and heavy artillery across northern Rakhine, where so-called Arakan Army (AA) militants are battling the army in a bid to win more autonomy for the state’s ethnic Buddhists.

Rakhine was also the scene of a brutal crackdown and carnage by the country’s military against the Rohingya Muslim community between 2017 and 2018.

Thousands of the Muslims were killed in the crackdown, and nearly 800,000 others fled to neighboring Bangladesh. United Nations investigators have said the campaign against the Muslims amounted to “genocide.”

Amnesty said its new findings were based on scores of interviews with people from various ethnic groups, photographs, videos, and satellite imagery.

The rights group also underlined that a number of Rohingya Muslims still in Rakhine had also been killed by the military.

While access to the conflict region is heavily restricted, details about the killing of civilians have emerged over recent weeks and months, according to Amnesty.

The army has only confirmed that it shot dead six detainees in the village of Kyauk Tan late last month.

Amnesty has also censured Myanmar’s government for choosing to “remain silent” as supplies of medicine, food, and humanitarian relief remain blocked by authorities.

Earlier this month, a UN fact-finding mission on Myanmar called on all countries across the globe to cut financial and other ties with the country’s military over genocide targeting minority Rohingya Muslims.