TEHRAN, August 9 - The Islamic Revolution Guards Corps (IRGC) deputy commander for coordination highlighted Iran’s power and influence in the region and said governments that are hostile to the Islamic Republic are in a position of weakness. 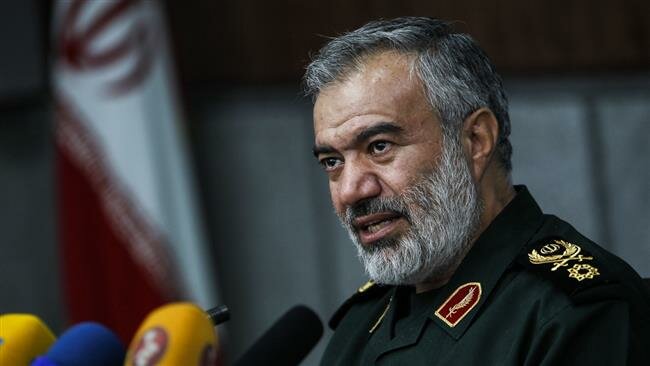 TEHRAN, Young Journalists Club (YJC) -  “Today, it has become clear to all the world and especially to our enemies that the power of our revolution is exemplary and that they cannot stand against it,” Brigadier General Ali Fadavi said in a speech in the central city of Isfahan on Thursday night.

“The hostile governments are in a position of weakness and passivity and they, themselves, admit it,” the commander added.

“Although they cannot express such weakness because of their arrogant nature, their actions and behavior clearly show that they are unable to resist the (Islamic) Revolution’s power,” the IRGC commander went on to say.

The remarks came against the backdrop of increased tensions between Iran and the US after the Islamic Republic shot down an advanced US spy drone over its territorial waters.

The IRGC said on June 20 that a US spy drone that violated the Iranian territorial airspace in the early hours of the day was shot down by the IRGC Aerospace Force’s air defense unit near the Kooh-e-Mobarak region in the southern province of Hormozgan.

Later on the same day, US President Donald Trump said he had called off a retaliatory attack on a number of targets in Iran and said that he was ready to speak with Iranian leaders and come to an understanding that would allow the country to improve its economic prospects. “What I’d like to see with Iran, I’d like to see them call me.”

“I look forward to the day where we can actually help Iran. We're not looking to hurt Iran,” Trump added.