TEHRAN, August 13 - Iranian Foreign Minister Mohammad Javad Zarif has warned against an arms race in the Middle East, saying the United States has turned the Persian Gulf region into a "tinderbox ready to blow up" by selling weaponry to certain regional countries. 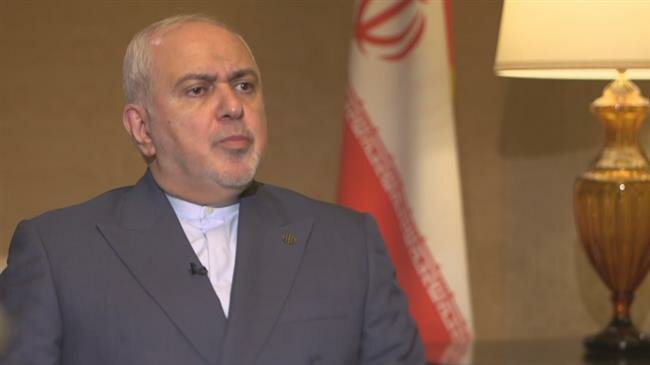 TEHRAN, Young Journalists Club (YJC) - Zarif, who is on an official visit to Qatar, made the remarks in an exclusive interview with the Doha-based television network Al Jazeera on Monday.

"The US [sold] $50bn worth of weapons to the region last year. Some of the countries in the region with less than a third of our population spend $87bn on military procurement. Let's make a comparison; Iran spent last year $16bn on all its military with almost one million people in the army," the top Iranian diplomat said.

"The UAE with a total population of one million spent $22bn, Saudi Arabia spent $87bn. If you are talking about threats coming from the region, the threats are coming from the US and its allies who are pouring weapons in the region, making it a tinderbox ready to blow up," Zarif added.

Pointing to a recent US decision to form a naval coalition with the declared aim of protecting commercial shipping in the Persian Gulf, Zarif went on to say that the presence of more warships in the region would only lead to more insecurity.

"This is a tiny body of water and the more foreign naval vessels you have in this body [of] water the less secure it is for everybody. Based on experience, the presence of US and foreign naval fleet in the Persian Gulf has never produced security," Zarif said.

"We have sad memories of a US ship downing an Iranian airliner in 1988 [and] killing 290 passengers. We believe the best the Americans can do for protection of maritime navigation is to just leave people alone. Don't interfere, this is a hostile act against Iran and I don't believe [it would have] any other impact other than insecurity," he noted.

In a meeting with his Qatari counterpart, Mohammed bin Abdulrahman Al Thani, held earlier in the day, Zarif strictly renounced the idea of foreign military presence in the Persian Gulf as a "failure in advance" and said the move would further complicate the situation in the region.

The US plans to form a coalition force to protect shipping in the Strait of Hormuz from what it calls an Iranian threat comes amid Washington's attempts to trouble Iran’s oil sales as part of its sanctions campaign targeting the Islamic Republic's economy.

On June 30, the US officially asked Germany to participate — alongside Britain and France — in the coalition, a request that was declined by German Foreign Minister Heiko Maas a day later.

Japan has likewise refused to join the force, and France has expressed reservations.

Earlier in August, Bloomberg also reported that the US efforts to build the coalition “continue to bear little fruit,” noting that major ally Australia was still undecided whether to join.

Reacting to the US plan, Iran's defense chief said last week that contrary to US claims, the Washington-proposed coalition would foment insecurity in the region.

Brigadier General Amir Hatami added that regional security could only be provided by regional countries, noting that foreign presence here would have insecurity and instability as its only concomitants.

The Iranian defense minister, meanwhile, described the US as "the main factor behind insecurity in the region," and said, "We believe the region should not turn into a place for extra-regional elements to rampage,” he added.

Washington claims Tehran has played a role in two separate attacks on oil tankers in the Sea of Oman in May and June, without providing any credible evidence to support the accusations.
Iran has categorically rejected the charges.