TEHRAN, August 21 - UK authorities have been accused of ‘structural Islamophobia’ for using controversial counter-terrorism methods at ports and airports, despite the minuscule rate of resultant convictions. 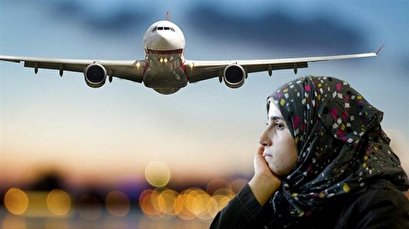 Cage also wrote to MPs on the all-party group on British Muslims to spell out the extent of its concerns with so-called schedule 7 stops.

A Cambridge University study concluded that 88% of those stopped under Schedule 7 were Muslim.

There is also growing anecdotal evidence that Muslim women are being forced to remove their headscarves when stopped, even though the rate that such stops lead to a conviction is 0.007%, according to Cage’s analysis of 420,000 incidences.

Tens of thousands of people were being subject to “suspicionless stops” and that “the practice is a manifestation of structural Islamophobia, which is experienced as harassment”, Cage wrote.

Schedule 7 of the Terrorism Act 2000 allows people to be detained at the border for up to six hours if law enforcement is concerned they could be engaged in terrorist activities. Detainees have no right to silence, must surrender their phones, computers and passwords and provide fingerprints and DNA on request.

The Home Office has failed to respond to freedom of information requests, which breaks down the number of people stopped by their religion, Cage noted in its report.

Meanwhile, Muslims who were stopped at the UK ports and airports revealed that they were made to answer questions focusing on their religious beliefs, whether or not they pray frequently, if they fast and if they have been to Mecca, among other controversial inquires.

UK authorities at ports and airports have long been accused of regularly expressing feelings of anxiety, fear, hostility and rejection towards Islam or Muslims.

Such incidences of stereotype and racism have grown since the controversy that involved the UK's new Prime Minister Boris Johnson last year, when he likened Muslim women who wear veils to "letter boxes" and "bank robbers".

Meanwhile, experts say such suspicion toward all things Islamic, or seemingly Islamic, has given rise to the expression “flying while Muslim.” The scrutiny of Muslims at airports undermines their sense of respectability and complicates their sense of identity, which otherwise encompasses both a Muslim and British identity.