TEHRAN, Nov 6_Kuwait says it has passed on Iran’s messages to Saudi Arabia and Bahrain regarding the situation in the Persian Gulf region as Tehran steps up diplomatic efforts to boost neighborly cooperation on regional peace. 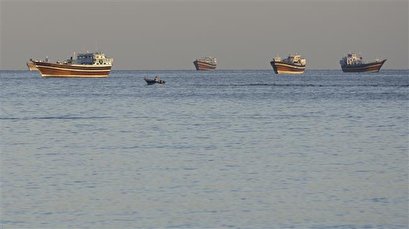 TEHRAN, Young Journalists Club(YJC)_Kuwait’s Deputy Foreign Minister Khaled al-Jarallah said on Tuesday that “until now no answers have emerged” to Tehran’s messages, without elaborating on the content or the time they had been delivered to Riyadh and Abu Dhabi.

Tensions have been running high in the Persian Gulf region after the US and its Arab allies blamed Iran for a set of suspicious raids targeting oil tankers in May and June as well as Yemen’s retaliatory attacks on key Saudi oil installations in September.

Taking advantage of the attacks, which Tehran views as false flag, the US has been trying to persuade its allies to join a naval mission purportedly aimed at protecting shipping lanes in Middle Eastern waterways.

Tehran has repeatedly denounced foreign intervention as the source of tensions in the Persian Gulf region, urging its allies to join hands and help ensure the region’s safety without reliance on outsiders.

In an address to the 74th session of the UN General Assembly in September 25, President Hassan Rouhani said as a steward of maritime security in the Persian Gulf and the Strait of Hormuz, Iran invites all countries that are affected by developments in the strategic region to join Hormuz Peace Endeavor (HOPE).

The initiative aims to promote peace, stability, progress and prosperity of littoral states and help achieve mutual understanding and establish peaceful and friendly relations among the neighbors, he said.

“The basis of the letters was regional peace and stability,” he said. “We believe that multiple bilateral ties could be established in the region and that the US pressure should not create a distance between neighbors.”

Officials of Iraq and Pakistan said, the Saudi crown prince, Mohammed bin Salman, asked the leaders of those two countries to speak with their Iranian counterparts about de-escalation.