Reactions pour in to Israel’s targeted killing of Gaza cmdr.

TEHRAN, Nov 14_Israel’s assassination of a senior Palestinian resistance commander has opened the floodgates of reaction, with Palestinians and their allies warning of strong repercussions and Israel-friendly parties sufficing to voice “concern” about the escalation. 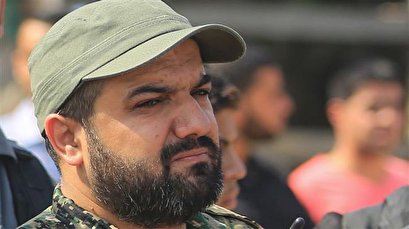 TEHRAN, Young Journalists Club(YJC)_Baha Abu al-Ata, 42, the commander of Al-Quds Brigades — the Palestinian resistance movement of Islamic Jihad’s military wing — and his wife were martyred during an Israeli aerial assault against their home in Gaza City in the blockaded Gaza Strip on Tuesday.

The Israeli army confirmed the airstrike afterwards, saying it had taken place against Gaza’s Shejaiya area. The operation, it added, had been recommended by the Chief of Staff and the Shin Bet domestic security service, and approved by Prime Minister Benjamin Netanyahu.

Iran on Tuesday robustly condemned Israel’s assassination of Ata, urging legal action against Israeli “war criminals” responsible for such an act of terror.

Foreign Ministry Spokesman Abbas Mousavi said “the occupiers of Palestine have to be subjected to legal proceedings and punishment at international tribunals as war criminals” over the assassination.

The Iranian official denounced the silence and inaction of international organizations and circles in the face of the Israeli regime’s acts of aggression and terrorism.