TEHRAN, Nov 14_Iranian Deputy Foreign Minister for Political Affairs meets with Swedish envoy to the Middle East to discuss the crisis in Yemen. 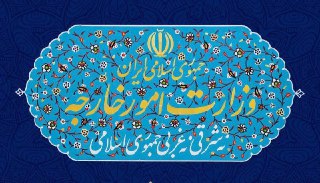 In this meeting, Khaji, while emphasizing the Islamic Republic’s endeavor to establish peace and stability in Yemen, stated “Ending war, lifting the blockade and instigating Yemeni- Yemeni negotiations is needed for reaching a comprehensive diplomatic resolve and Iran welcomes Sweden’s continued cooperation.”

The Deputy Foreign Minister for Political Affairs mentioned Ansarollah’s adherence to the Stockholm agreement and its unilateral implementation as well as the Saudi coalition’s negligence to fulfill its commitments and expressed hope that the agreement would be fully restored and implemented by the international community.

The Swedish representative, who noted the Stockholm agreement was the first ever accepted by both sides of the Yemen war, explained “Sweden supports the full implement of this agreement and backs the UN and its representative on Yemeni matters bid to reach a diplomatic resolution.”