TEHRAN, Dec 7_Turkey’s latest domestically-made unmanned aerial vehicle (UAV), which is equipped with smart technology, has successfully conducted its maiden flight in the northwest of the country, the manufacturer says. 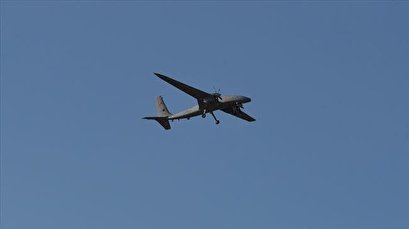 It added that the armed drone could stay in the air for 16 minutes after smoothly completing a fully-automatic taxi and takeoff.

The new drone also successfully implemented its first fully-automatic landing at Corlu Airport Base Command in Tekirdag province, the manufacturer further said, adding that the engine of the aircraft had been tested in September.

According to Anadolu, Bayraktar Akinci is expected to be used for strategic military tasks.

The new drone is operated with the help of two turbine engines and can carry nearly 1.5 tons in useful load, 900 kilograms external and 450 kilograms internal.