Tehran 22 January_India’s top court has refused to suspend the implementation of a new controversial citizenship law that is widely considered anti-Muslim, saying a constitutional bench of five judges should hear the petitions and rule on the matter. 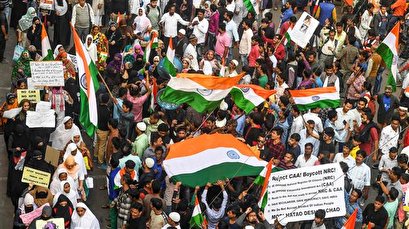 Opposition leaders, Muslim organizations, and student groups had petitioned the court to suspend the implementation of the law until the challenges to the legislation were settled.

“We will give you four weeks to file reply to all petitions,” Chief Justice Sharad Arvind Bobde — who heads a three-bench panel — told the government’s top lawyer.

He also indicated that the next hearing would be held in late February.

Back in December last year, the court had similarly refused to stop the implementation of the law and agreed to hear the petitions.