Tehran 29January_Palestinian President Mahmoud Abbas has adamantly dismissed as a “conspiracy” the Washington’s so-called peace plan for the Israeli-Palestinian conflict. 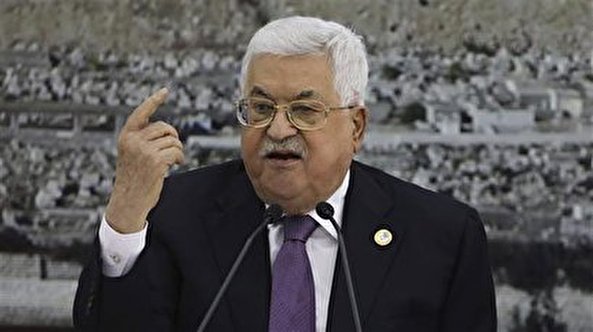 TEHRAN, Young Journalists Club(YJC)_Abbas made the remark on Tuesday as he warned US President Donald Trump and Israeli Prime Minister Benjamin Netanyahu that the Palestinian people's rights were "not for sale.”

"I say to Trump and Netanyahu: Jerusalem is not for sale, all our rights are not for sale and are not for bargain. And your deal, the conspiracy, will not pass," Abbas said in a televised address in the occupied West Bank city of Ramallah.

The Palestinian president also warned that the people of Palestine would never accept Trump’s proposal, saying, "What should I wait for? If Jerusalem is not part of it (a Palestinian state) will we accept a State without Jerusalem? It is impossible for any Palestinian, Muslim or Christian child to accept this. Therefore, we told them from the beginning, No!"

Abbas’s remarks in Ramallah came after a meeting with Palestinian factions including the resistance movements of Fatah and Hamas, which both rejected the plan.

Hamas said it would confront Trump's "aggressive" proposals and accused him of talking "nonsense" about Jerusalem al-Quds.

"This is our land and this is our capital, we will not accept any alternative, we will not accept only part of it nor part out of it. Jerusalem is Palestine's capital and we don't care about Trump. Jerusalem will stay ours with all its churches, al-Aqsa mosque and all the sacred sites," said Khalil al-Hayya, a senior member of the Hamas political bureau.

Earlier in the day, Trump repeated his highly controversial endorsement of occupied Jerusalem al-Quds as Israel’s “undivided capital” as he outlined his administration’s self-styled plan for the Palestinian-Israeli conflict, which Palestinians have already dismissed.