Taliban say US has ‘harmed’ negotiations

Tehran 4 February _The Afghan Taliban militant group says the United States has “harmed” negotiations that have been going on and off between the two sides. 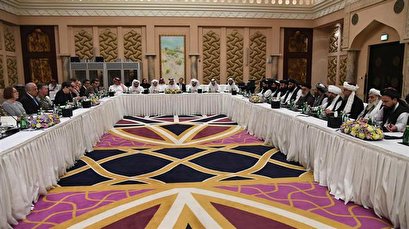 TEHRAN, Young Journalists Club(YJC)_In a post on Twitter on Tuesday, Taliban spokesman Zabihullah Mujahid said the militant group “has the intention & capacity for a resolution” that could see the US end its war on Afghanistan but that the US was hampering talks.

“Negotiation process has been harmed by Trump's tweet, numerous US demands & quarrel b/w US & Kabul officials. @SecPompeo should refrain from blame-shifting. Our stance in principled & concerted - unlike them,” he said. It was not clear what tweet the group was referring to.

On Monday, US Secretary of State Mike Pompeo demanded “demonstrable evidence” from the Taliban that they have the capacity to reduce violence before signing any deal to end America’s longest war.

Pompeo said that a deal was close but that the US and Taliban had been close before and failed because the militant group was unable to demonstrate that they were committed to reducing violence.

Taliban sources said last month they had offered to initiate a brief ceasefire of seven to 10 days to help secure a deal.