Tehran 10 February _A senior adviser to Leader of the Islamic Revolution Ayatollah Seyyed Ali Khamenei says US President Donald Trump’s so-called "deal of the century" is not a real deal, but a deception. 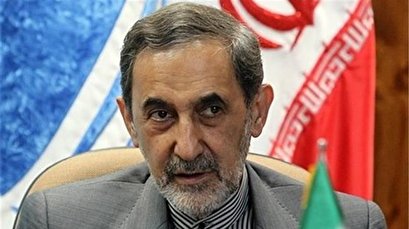 TEHRAN, Young Journalists Club(YJC)_This is not a deal, but a deception and treason,” Ali Akbar Velayati, who advises the Leader on international affairs, told a forum held in Tehran on the eve of the 41st anniversary of the Islamic Revolution on Monday.

Trump unveiled the outlines of the plot on January 28 after withholding any details for years.

It featured annexation of the settlements that Israel has illegally built in the West Bank since occupying the Palestinian territory in 1967. The scheme also endorsed US recognition of Jerusalem al-Quds in the West Bank as Israel’s “capital,” although Palestinians want the holy occupied city’s eastern part as the capital of their future state.

The unveiling ceremony was held with Israeli prime minister Benjamin Netanyahu at Trump’s side and in the absence of Palestinian representatives who have unanimously rejected the plan.

Velayati said the US came up with the deal after the regional resistance movement frustrated all of US and Israeli plots. The plan is “doomed to failure” as it tramples on the Palestinians’ obvious right to self-determination, he added.

“This is another tainted page of history, which will be closed by God Almighty’s grace and assistance,” the adviser noted.