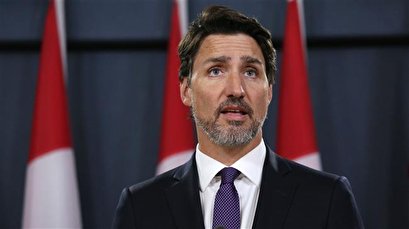 TEHRAN, Young Journalists Club(YJC)_The demonstrators forced the cancellation of hundreds of passenger and cargo trains over the past six days, in support of Wet'suwet'en hereditary chiefs fighting the construction of a natural gas pipeline through their traditional lands in westernmost Canada.

Speaking during a visit to Senegal, Trudeau said the right to protest was fundamental to democracy, but added that the rule of law must also be respected.

"That is why I am encouraging all parties to dialog to resolve this as quickly as possible," he said.

Trudeau has made reconciliation with indigenous peoples a key priority of his government.

Jagmeet Singh, an opposition leader, called on the prime minister to end his overseas trip and meet with the chiefs. "Across the country, the situation is escalating," he said.

Police have warned protesters to leave a key rail corridor east of Toronto, or risk arrest.

Ontario Provincial Police spokesman Bill Dickson told AFP they are "monitoring the situation" near Belleville, Ontario, while attempting to coax protesters off the tracks.