China rejects Pompeo’s remarks about Chinese infiltration into US government 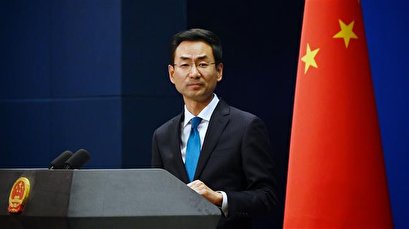 TEHRAN, Young Journalists Club(YJC)_Ministry spokesman Geng Shuang on Friday reacted to Pompeo’s remarks in which he said the Communist Party of China (CPC) had infiltrated various levels of America’s infrastructure and that the Chinese Embassy and Consulates in the US played a role in that infiltration.

Speaking at a news briefing, Geng stressed that Beijing had always adhered to the principle of non-interference in the internal affairs of other countries.

“China’s diplomatic missions and civil groups in the US observe international laws and bilateral agreements,” he said, adding that their contacts with the US governments at all levels were “legitimate, lawful, open, and aboveboard, and beyond reproach” and are aimed to “promote mutual understanding, exchanges, and cooperation.”

Noting that China is following the path of socialism with Chinese characteristics, and the leadership of the Communist Party of China is the most essential feature that socialism, Geng said any attempt to sow discord between the Chinese people and the CPC would prove unsuccessful.

“This is a choice of history and the people,” the spokesman said.

“We advise certain people in the US to abandon their Cold War mindset and ideological stereotypes, stop discrediting China’s political system and stop undermining bilateral exchanges and cooperation,” Geng said.