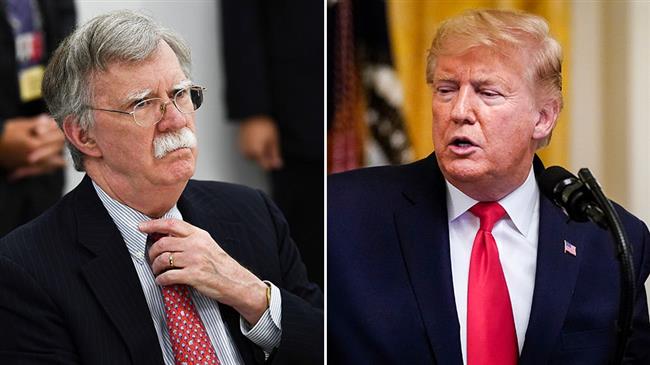 TEHRAN, Young Journalists Club(YJC)-Bolton said “the pursuit of North Korea’s leader Kim Jong-un, the meetings with him and the efforts to get a deal with North Korea are doomed to failure. North Korea in the last 30 years has on four separate memorable occasions publicly committed to getting rid of nuclear weapons and just never seems to get around to doing it.”

The former national security adviser said "it was perfectly evident that North Korea policy was going to fail."

Bolton made the remarks at a forum on foreign policy on Monday in his first public appearance since Trump’s impeachment trial in which Republicans refused to hear his testimony.

Rounds of negotiations between the US and North Korea have ground to a halt as the US refused to offer any sanctions relief despite Pyongyang’s unilateral steps to show its goodwill in denuclearization efforts.

He raised concern about his unpublished book being "suppressed" by the White House that informed him in January that his book manuscript contained classified information and could not be published.