Tehran 28 February _Leader of the Islamic Revolution Ayatollah Seyyed Ali Khamenei has lauded “invaluable” efforts being made by Iran’s Health Minister Saeed Namaki and the country’s entire health sector in the fight against a coronavirus outbreak. 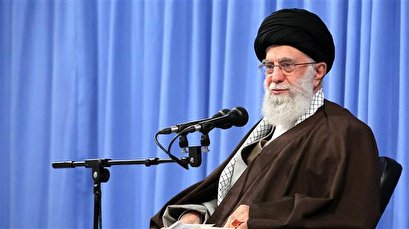 TEHRAN, Young Journalists Club(YJC)_Ayatollah Khamenei delivered a message to the country’s medical staff on Thursday at a meeting with Alireza Marandi, the president of the Academy of Medical Sciences of the Islamic Republic of Iran.

The Leader expressed his “heartfelt thanks” to the Iranian health minister and his colleagues as well as the country’s entire medical personnel, including doctors and nurses, for their hard work to contain COVID-19, as the novel coronavirus is called.

“Your work is invaluable. It both enhances the value of the medical and nursing community in the society — something which has already come about — and, more importantly, it will bring you divine reward,” Ayatollah Khamenei said.

Ayatollah Khamenei further wished the country’s healthcare system success in the fight against the epidemic, expressing hope that the “difficult and momentous task” will not become prolonged, and that the “malicious virus will be uprooted as soon as possible.”

The virus first emerged in China late last year and is now spreading in Europe and across the Middle East, sparking fears of a global pandemic.

The outbreak has killed more than 2,600 people and infected more than 77,000 others in China. But the situation has worsened elsewhere with nearly 2,700 other cases.

In Iran, the virus first showed up in the north-central city of Qom, a destination for Muslim pilgrims from across the world. In all, the spread has taken 26 lives across the country and infected as many as 245 others, most of them in Qom.