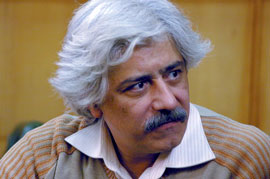 Most Senior Girl of the Universe is a narration of the sufferings of the third Shiite Imam, Hussain ibn Ali’s little daughter after the death of his father in Karbala.

The Persian version was published in 2009.

In cooperation with Institute for the Intellectual Development of Children and Young Adults, Andisheh Sharq publication has started a project for the translation of children’s books into Spanish.

The project includes the translation of 32 children’s books into Spanish.

The books are intended to get to Latin American readers.