US ready to recognize Israeli ‘sovereignty’ in occupied Palestinian lands

Tehran 28 April _The United States says it is “prepared to recognize Israeli actions to extend Israeli sovereignty” in the occupied lands belonging to Palestinians. 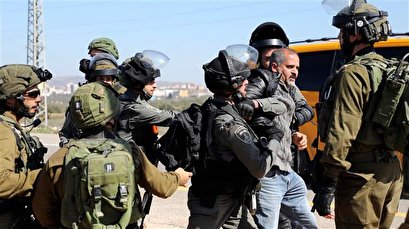 TEHRAN, Young Journalists Club(YJC)_"As we have made consistently clear, we are prepared to recognize Israeli actions to extend Israeli sovereignty and the application of Israeli law to areas of the West Bank that the vision foresees as being part of the State of Israel," a State Department spokesperson said Monday.

She further claimed that the step would be in the context of the Israeli regime “agreeing to negotiate with the Palestinians along the lines set forth in President [Donald] Trump's vision."

Palestinians have flatly rejected Trump’s alleged peace proposal as it awards the Israeli regime nearly all the occupied land on which it has built its settlements.

"This is an unprecedented and highly beneficial opportunity for the Palestinians," the American spokesperson further alleged..

The US highly pro-Israel schemes offer no prescription for peace because they blatantly violate international law and strip Palestinians of their basic rights on a number of sensitive issues, including the state of Jerusalem al-Quds, the future borders of a sovereign Palestinian state, the return of Palestinian refugees driven from their homeland as well as Israeli settlements built on occupied land.