Tehran, 07 May_Russia has voiced “complete solidarity” with Iran in the face of the United States’ illegal and inhumane sanctions, which have targeted the Islamic Republic notwithstanding Tehran’s ongoing uphill battle against the new coronavirus outbreak. 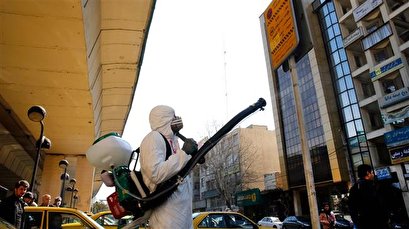 The announcement came in a letter penned on Thursday by Russian Foreign Minister Sergei Lavrov to his Iranian counterpart, Mohammad Javad Zarif, in which the Russian side reiterated Moscow’s position concerning the US bans.

Lavrov underlined how the American measures have come in the way of Iran’s fight against the novel virus, highlighting the “serious damage” that the infection has inflicted on the Islamic Republic.

The US reimposed its unilateral sanctions on Iran after leaving a multilateral and historic nuclear accord between Iran major world powers, including Russia, officially known as the Joint Comprehensive Plan of Action (JCPOA), in May 2018.

Under the deal, the US had lifted its anti-Iran sanctions in return for the Islamic Republic making changes in its peaceful nuclear program.

The withdrawal and the snapback of the draconian measures came, although the United Nations Security Council has endorsed the nuclear deal in the form of a resolution.