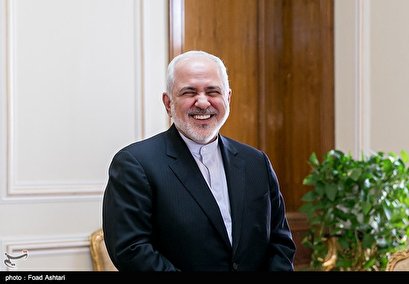 “Congratulations to Prime Minister @MAKadhimi, his Cabinet, the Parliament and most importantly the people of Iraq for success in forming a new Government. Iran always stands with the Iraqi people and their choice of administration,” Zarif tweeted on Thursday.

Kadhimi formally took office early Thursday after parliament approved a partial cabinet, taking the reins amid a fiscal crisis and a health pandemic.

A total of 255 of parliament's 329 members took part in the vote, which was scheduled to take place at 9:00 pm local but began well after midnight after last-minute changes to appease political parties, AFP reported.

They approved 15 ministers out of a prospective 22-seat cabinet, with seven ministries still empty.

Among the names passed were sensitive portfolios including the ministers of finance, interior, defense, health, electricity and others.

Ali Allawi, a former minister and university professor, will take over as Finance Minister.

Parliament rejected Kadhimi's nominees for trade, culture, justice, agriculture and immigration, and did not vote on the sensitive oil or foreign affairs posts, delaying them for another session.

Kadhimi was nominated in April, months after his predecessor Adel Abdel Mahdi stepped down – the first time a premier has resigned before the end of his term since the US-led invasion 2003.

The new government is set to hold early elections, but Kadhimi admitted it would face a litany of other challenges: navigating an economic crisis spurred by oil price crashes and the deadly coronavirus pandemic.