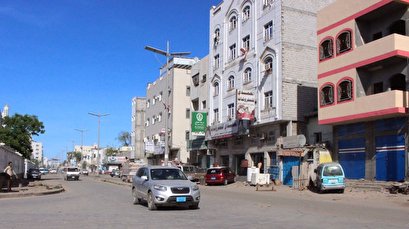 In a series of Tweets on Tuesday, the Hadi regime’s embassy in the US complained that the so-called Southern Transitional Council (STC) had refused calls by the self-proclaimed Yemeni government as well as a Riyadh-led military coalition and the United Nations Security Council to reverse its “self-rule” in Yemen’s south.

It also said the STC was destabilizing Yemen’s Socotra Island and conducting “provocative military mobilization” in the city of Abyan.

In late April, the STC declared a state of emergency and announced “self-administration rule” in Yemen’s southern areas, including the port city of Aden — which has served as the seat of Hadi’s regime.

Saudi Arabia said the declaration violated the Riyadh-brokered agreement the Hadi government and the STC had signed last November to end their power struggle in southern Yemen.

The STC’s “self-rule” announcement has deeply divided the Saudi-led coalition of aggressors which has been waging a bloody war on Yemeni people since March 2015.

In its tweets, the embassy said the STC has “undermined” what it called government institutions and “disrupted” the work of the Health Ministry’s team to tackle the coronavirus outbreak.

On the contrary, it added, the Hadi regime has sought to implement the Riyadh agreement, but its “efforts were met with intransigence” by the STC.

Pro-Hadi forces “will do everything necessary to preserve the state, its institutions, and the safety of its citizens against @STCSouthArabia,” according to the embassy.

The responsibility of the Saudi-backed forces, it added, “is to defend the homeland, protect its security, territorial integrity, and confront every armed rebellion undermining govt institutions and their legitimate authority.”